Prepare For The Long, Hot Summer Of The ‘Black Spring’

The American Civil Liberties Union tweeted Friday that “Black Spring has begun” and called on the Baltimore city protesters to know their rights.... 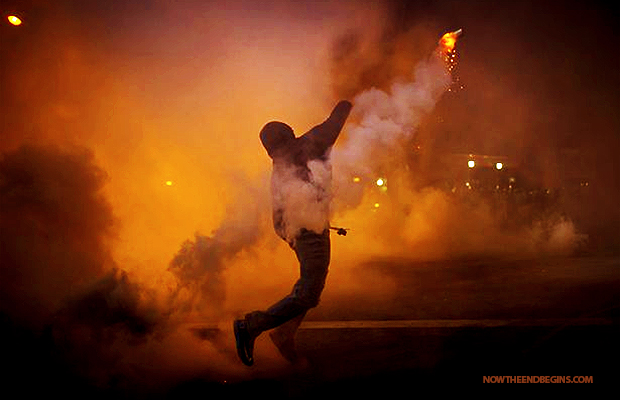 “To the youth of the city,” Mosby, 35, said as she announced the charges. “This is a moment. This is your moment. … You’re at the forefront of this cause and as young people, our time is now.”
by Geoffrey Grider May 4, 2015
NOW THE END BEGINS SHARE:

The reverberations through the streets of Baltimore have extended far past its borders.

On Friday morning, four days after the most violent civil unrest since the assassination of the Rev. Martin Luther King in 1968, State’s Attorney Marilyn Mosby had stood nearby before a bank of television cameras beaming her words live around the world. She announced criminal charges against the officers ranging from assault to murder in the death of Freddie Gray, whose name has become a rallying point against police brutality and socio-economic inequality in American cities.

“To the youth of the city,” Mosby, 35, said as she announced the charges. “This is a moment. This is your moment. … You’re at the forefront of this cause and as young people, our time is now.”

Organizers billed the big Saturday afternoon demonstration not as a protest of Gray’s death, but a “victory rally” that city leaders have perhaps listened to their cries. Smaller groups of what looked to be several hundred gathered all around the city and made their way through the streets to join the thousands at the main rally.

Chants of “no justice, no peace, no racist police” echoed and crowds of people, black and white, young and old, carried homemade signs calling for peace, as well as printed ones asking for justice. Others wore T-shirts that read, “Black Lives Matter,” a slogan many have taken up in the fight.

The American Civil Liberties Union tweeted Friday that “Black Spring has begun” and called on the protesters to know their rights.

The Gray case is the latest in a string of high-profile killings of black men by police that include Michael Brown in Ferguson, Missouri, and Eric Garner in New York City, neither of which resulted in charges against the lawmen.

Unlike Brown and Garner, Gray’s death happened in a majority black city where black elected officials hold the reins of political power and oversee the justice system. The police department is 48 percent black. Even the officers charged are racially split — three white, three black. source