Pope Francis has warned bishops at a global Church meeting on the family on conspiracy theories, as conservatives and liberals reportedly engage in Machiavellian attempts to manipulate the synod.... 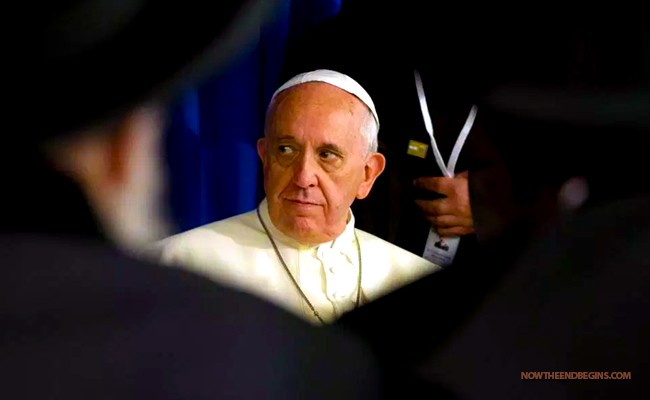 Pope warns of Vatican skullduggery and Machiavellian maneuvers along the way

Vatican City – Pope Francis has warned bishops at a global Church meeting on the family not to be taken in by conspiracy theories, as conservatives and liberals reportedly engage in Machiavellian attempts to manipulate the synod.

Vatican spokesman Federico Lombardi on Thursday confirmed reports that the pontiff had warned Catholic bishops and cardinals behind closed doors on Tuesday not to get caught up in “the hermeneutic of conspiracy”.

This comes amid concerns within the conservative camp that new methodology being used in the three-week synod — approved by Francis — favors the liberal wing who want the Church to be more welcoming to homosexuals and remarried divorced people.

There were rumours in the run-up to the summit that a preliminary synod on the family last year was “rigged”, with progressives publishing without warning an early report seen as revolutionary in its opening to lesbian and gay believers.

The draft text was spiked by enraged conservatives, but reports that the agenda this year has been stitched up to make sure the most contentious issues will not be discussed until the last moment — when no-one has the time or energy left to argue — have fuelled fresh fears.

“There seems to be a mounting tendency on all sides to suspect skullduggery and underhanded tactics,” Vatican expert John Allen wrote in Cruxnow ahead of the start of the synod last week.

Indeed, he warned, in the end “the synod may be defined not just by disagreements on substance, but also suspicions of Machiavellian manoeuvres along the way“.