“Today, looking at Mary assumed into heaven, we can say that humility is the way that leads to heaven,” Pope Francis said in his Angelus address on Aug. 15. “Jesus teaches this: ‘The one who humbles himself will be exalted’ (Lk 14:11). God does not exalt us because of our gifts, because of our wealth, or how well we do things, but because of humility,” he told the pilgrims gathered in St. Peter’s Square for the Marian prayer. Speaking from the window of Vatican City’s Apostolic Palace, the pope said that it is of fundamental importance for Christians to be “poor in spirit, that is, in need of God.”

On the Solemnity of the Assumption of the Blessed Virgin Mary, Pope Francis gave a reminder that God exalts those who humble themselves.

After the amazing Sunday Service the Lord gave us this morning, it pains me, it truly does, to have to go from that to this, rebuking the pope for telling his followers lies about how to get to Heaven. But Heaven and Hell, after having arrived at one or the other, are forever, and we will do everything we can to correct false teaching here and now, so it won’t come back to bite you later. Things that will not get you to Heaven include humility, good works, repenting of your sins, becoming a monk, thinking nice thoughts, praying to the universe, or such like. If you want to go to Heaven, trust Jesus Christ, if you want to go to Hell, trust anything else.

“Jesus said unto her, I am the resurrection, and the life: he that believeth in me, though he were dead, yet shall he live: And whosoever liveth and believeth in me shall never die. Believest thou this? She saith unto him, Yea, Lord: I believe that thou art the Christ, the Son of God, which should come into the world.” John 11:25-27 (KJB)

Pope Francis starts his message based on the false premise that Mary was taken up into Heaven in a one-women rapture of sorts. That absolutely never happened, at least not in the Bible. The false teaching on the ‘Assumption of Mary’ is not very old, and can be traced back at least in part to Pope Pius IX in 1854, who at that time declared Mary to be every bit as divine as the Godhead. Building on that false premise, Pope Pius XII in 1950 declared the Assumption of Mary official dogma of the Roman Catholic Church. The Catholic Church teaches that the Virgin Mary “having completed the course of her earthly life, was assumed body and soul into heavenly glory.” Pope Francis since 2013 has taken all that, and boldly declares that ‘Mary’s humility’ is the way to Heaven. Actually, it is the fast-track to Hell. Why?

“That if thou shalt confess with thy mouth the Lord Jesus, and shalt believe in thine heart that God hath raised him from the dead, thou shalt be saved. For with the heart man believeth unto righteousness; and with the mouth confession is made unto salvation. For the scripture saith, Whosoever believeth on him shall not be ashamed. For there is no difference between the Jew and the Greek: for the same Lord over all is rich unto all that call upon him. For whosoever shall call upon the name of the Lord shall be saved.” Romans 10:9-13 (KJB)

Because salvation is not a premise, or a concept, or something you do, say or think, not at all. Salvation is a Person, and either you know Him or you don’t. How do you come to know Him? By confessing Him as Lord and Saviour, to the exclusion of anything and anyone else. Why do you think the old-time marriage vows included ‘forsaking all others’? A nice, cold glass of iced tea that is 99% pure and 1% poison is still poison and not fit to be consumed. Jesus plus anything or anyone is not biblical salvation, He needs no help or assistance of any kind. If you’re trusting the ‘humility of Mary’ to show you the way, I can guarantee you based on the authority of the Bible, you will be eternally disappointed. Jesus saves, nobody else.

ON DECEMBER 8, 1854, POPE PIUS IX ‘INFALLIBLY DECLARED’ THAT MARY WAS A DIVINE BEING AND COMMANDED CATHOLICS EVERYWHERE TO WORSHIP HER

Pope Francis on Assumption of Mary feast: ‘Humility is the way that leads to heaven’

FROM THE CATHOLIC NEWS AGENCY: “Today, looking at Mary assumed into heaven, we can say that humility is the way that leads to heaven,” Pope Francis said in his Angelus address on Aug. 15.

“Jesus teaches this: ‘The one who humbles himself will be exalted’ (Lk 14:11). God does not exalt us because of our gifts, because of our wealth, or how well we do things, but because of humility,” he told the pilgrims gathered in St. Peter’s Square for the Marian prayer.

Speaking from the window of Vatican City’s Apostolic Palace, the pope said that it is of fundamental importance for Christians to be “poor in spirit, that is, in need of God.”

“Those who are filled with themselves have no space for God,” Pope Francis said. “And many times, we are full of ourselves, and the one who is filled with him or herself gives no space to God, but those who remain humble allow the Lord to accomplish great things.”

The pope asked people to examine their lives and to reflect in their own hearts: “How am I doing with humility?”

FOR MORE ON THIS TOPIC, CLICK TO VISIT OUR ‘MYSTERY BABYLON’ SECTION OF THE NTEB BIBLE BELIEVERS BOOKSTORE

The pope pointed out that the human eye tends to “allow itself to be dazzled by what is flashy,” but that God does not look at appearances; God looks at the heart and is “enchanted by humility.”

“Mary’s secret is humility,” he said, noting that the poet Dante called the Virgin Mary “humbler and loftier than any creature. It is beautiful to think that the humblest and loftiest creature in history, the first to win heaven with her entire being, in soul and body, lived out her life for the most part within the domestic walls, she lived out her life in the ordinary, in humility,” Francis said.

After praying the Angelus, a Marian prayer, with the crowd, Pope Francis asked people to pray for Afghanistan, where Taliban insurgents have taken over many cities in the past week following the withdrawal of U.S. forces from the country.

“I ask all of you to pray with me to the God of peace so that the clamor of weapons might cease and solutions can be found at the table of dialogue. Only thus can the battered population of that country – men, women, elderly and children – return to their own homes, and live in peace and security, in total mutual respect,” Pope Francis said.

The pope also prayed for the people of Haiti after a 7.2 magnitude earthquake on Aug. 14 killed at least 304 people. He asked the crowd gathered in St. Peter’s Square to offer a Hail Mary together to Our Lady of Haiti.

Catholics around the world celebrate the Feast of the Assumption of Mary on Aug. 15. The feast commemorates the end of Mary’s earthly life when God assumed her, body and soul, into heaven. Pope Francis encouraged Catholics to visit a Marian shrine on the feast day, recommending people in Rome to visit the Basilica of St. Mary Major to pray before the icon of Salus Populi Romani, Mary Protection of the Roman People. READ MORE 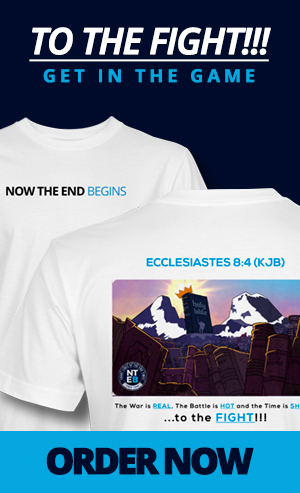