Pope Francis Prayed Over By 50,000 Charismatics Speaking In Tongues (VIDEO)

Pope Francis met with over 50,000 Catholic charismatics in Rome's Olympic Stadium, where he was prayed over with singing and speaking in tongues. ... 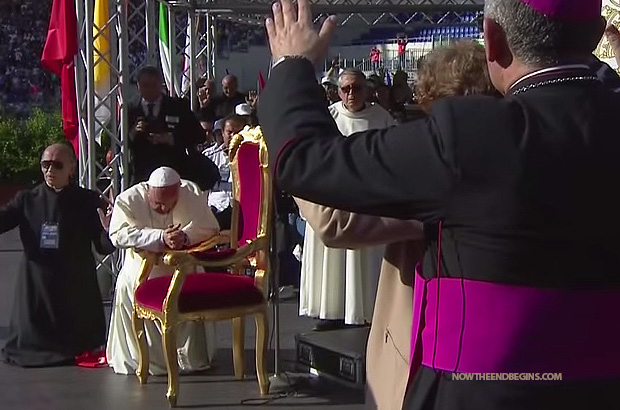 Pope Francis met with over 50,000 Catholic charismatics in Rome’s Olympic Stadium, where he was prayed over with singing and speaking in tongues.

Pope Francis also said Catholic charismatics have a special role to play in healing divisions among Christians by exercising “spiritual ecumenism” or praying with members of other Christian churches.

The Pope is on a one-man mission to create the One World Religion prophesied in the book of Revelation, and is getting more done to achieve that goal than any Pope in the last 1,000 years.