Pope Francis Poses For The ‘Sex, Drugs and Rock and Roll’ Crowd On Rolling Stone Cover

Pope Francis is the first pope to ever be featured on the cover of the magazine that glorifies sex, drugs and rock and roll.... 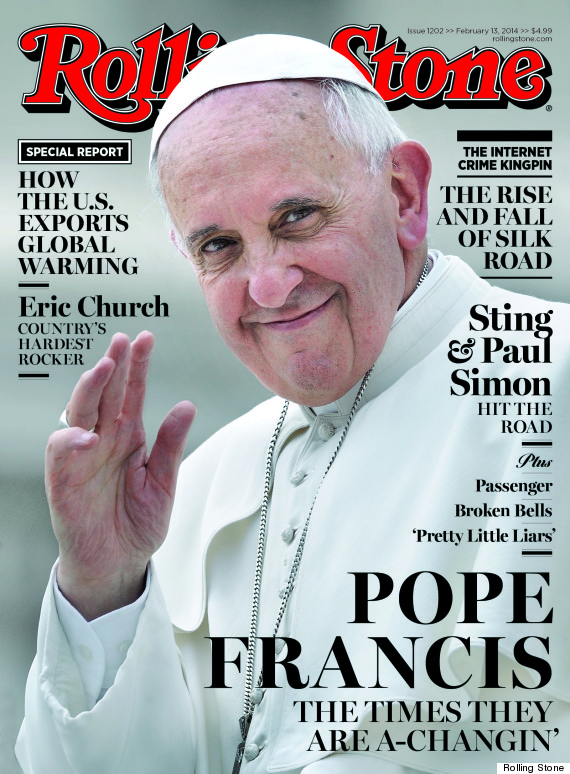 Do you think that Jesus would want to be on the cover of a magazine that glorifies sex, drugs and rock and roll?
by Geoffrey Grider January 30, 2014
NOW THE END BEGINS SHARE:

“For the time will come when they will not endure sound doctrine; but after their own lusts shall they heap to themselves teachers, having itching ears; And they shall turn away their ears from the truth, and shall be turned unto fables.” 2 Timothy 4:3,4

Pope Francis is a huge hit with the sex, drugs and rock and roll crowd, as well as with the LGBT. And why? Because he does not preach bible doctrine, and he does not tell them about the unquenchable fires of Hell that await the unsaved. He tickles their ears with the same old “don’t worry, God loves you just the way you are” garbage, and in doing so consigns their souls to eternal damnation.

Binelli’s piece, “Pope Francis: The Times They Are A-Changing” goes “Inside the Pope’s Gentle Revolution” to investigate why this pontiff is so different from those before him. Alluding to Bob Dylan’s anthem, Binelli portrays the pope as “Cool Pope Francis,” a politically-savvy leader, PR expert, and friend of the crowded masses.

Do you think that Jesus would want to be on the cover of a magazine that glorifies sex, drugs and rock and roll?

This is by no means Pope Francis’ first appearance on a magazine cover. He graced the covers of Time Magazine and Vanity Fair Italia after the publications named him “Person of the Year” and “Man of the Year,” respectively.

The New Yorker also put him on the cover less than a week after he became Time’s “Person of the Year.”

Perhaps his most unexpected appearance was on the cover of The Advocate, an LGBT-focused magazine who named him “Person of the Year” for his landmark statement, “If someone is gay and seeks the Lord with good will, who am I to judge?”

The Rolling Stone cover shows that the world’s fascination with the “People’s Pope” is still going strong. It seems the times are a-changing, indeed. source – HuffPost