Another thing that the Catholic Church is fond of doing is to invoke the name of Lucifer in their Easter Mass Exsultet. Yes, you read that correctly. The Catholic... 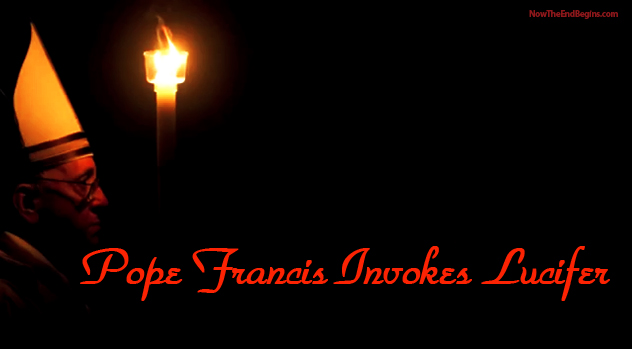 “The children gather wood, and the fathers kindle the fire, and the women knead [their] dough, to make cakes to the queen of heaven, and to pour out drink offerings unto other gods, that they may provoke me to anger.” Jeremiah 7:18

Roman Catholics believe that Mary, the mother of Jesus, remained a virgin after the birth of Jesus and was sinless all of her life. She is worshiped in the Catholic church as the “Mother of God” and the “Queen of Heaven.” St. Bernard stated that she was crowned “Queen of Heaven” by God the Father, and that she currently sits upon a throne in Heaven making intercession for Christians.

The Bible teaches otherwise. In the Bible, Mary was a sinner just like the rest of us. She said herself that she needed a “Saviour” (Lk. 1:47), and she even had to offer a sacrifice for her sins in Luke 2:24. Jesus was only her “firstborn” son, according to Matthew 1:25, because she later had other children as well (Mt. 13:55; Gal. 1:19; Psa. 69:8). There’s only ONE mediator between God and men, and it isn’t Mary (I Tim. 2:5). The last time we hear from Mary in the Bible she is praying WITH the disciples, not being prayed to BY the disciples (Acts 1:14). The Bible never exalts Mary above anyone else. Neither should we.

Another thing that the Catholic Church is fond of doing is to invoke the name of Lucifer in their Easter Mass Exsultet. Yes, you read that correctly. The Catholic Church, as well as Pope Francis, makes singing a love song to the Devil part of their worship service. Don’t believe us?

Click on the video and see it for yourself. source – The Truth About The Catholic Church