Pope Francis Invites World Leaders To May 14, 2020 Global Educational Alliance At Vatican Reptile Hall For ‘Nurturing The Dream Of Humanism’

In addition to the May 14 meeting in the Vatican’s Paul VI Audience Hall, Francis said that a number of seminars on related topics will take place in other locations to prepare for the event. “I invite everyone to work for this alliance and to be committed, individually and within our communities, to nurturing the dream of a humanism rooted in solidarity and responsive both to humanity’s aspirations and to God’s plan,” Francis wrote.

Pope Francis is inviting world leaders and young people to come together at the Vatican on May 14, 2020, for a an event called “Reinventing the Global Educational Alliance.”

In his own words, Pope Francis is now working create a ‘global alliance’ that will ‘foster humanism’, and he wants to hold the kickoff meeting on the 72nd anniversary of the regathering of Israel, in a reptile-shaped building in the Vatican. I know you think I am making this up, but I promise you it’s all true.

It boggles my mind to consider that anyone by this point could consider Pope Francis to be a man of God in ministry as Paul outlines in the New Testament. Leaving aside for the moment that the Roman Catholic Church is nothing but counterfeit Christianity, Francis is showing his true self more and more these days. Quoting African proverbs favored by Hillary Clinton, working towards globalism, looking to ‘nurture humanism’, there is nothing biblical or Christian about the man. Except for one thing…one really big thing.

“And I saw the woman drunken with the blood of the saints, and with the blood of the martyrs of Jesus: and when I saw her, I wondered with great admiration. And the angel said unto me, Wherefore didst thou marvel? I will tell thee the mystery of the woman, and of the beast that carrieth her, which hath the seven heads and ten horns.” Revelation 17:6,7 (KJV)

The Roman Catholic Church is the MYSTERY, BABYLON found in Revelation 17 and 18, and the leader of that system, the pope, will one day step onto the stage as Antichrist. He will be a world leader who creates a One World Religion that will controls a One World Government, and the religion of that system will be the humanism that Francis loves so much. Is Francis the Antichrist? Time will tell, but every time I have to do an article like this, and there have been many, the chances that he is rise dramatically.

FROM CRUX NOW: “Never before has there been such need to unite our efforts in a broad educational alliance, to form mature individuals capable of overcoming division and antagonism, and to restore the fabric of relationships for the sake of a more fraternal humanity,” Francis wrote in the message announcing the initiative, released by the Vatican’s press office on Thursday. 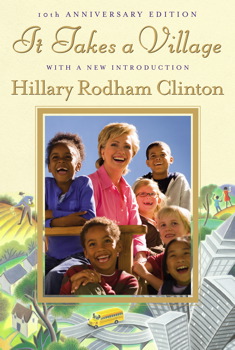 According to Pope Francis, education today clashes with a process of “rapidification” that traps human existence in a “whirlwind of high-speed technology and computerization, continually altering our points of reference.” As a result, human identity loses “its solidity,” he wrote.

According to an African proverb, Francis wrote, “it takes a whole village to educate a child.” When it comes to education, that village still needs to be created, beginning by clearing the ground of “discrimination,” and fraternity “must be allowed to flourish.” According to the pope, this not only includes teachers, students and their families, but wider civil society, including science, sports, politics, and charitable organizations.

“An alliance, in other words, between the earth’s inhabitants and our ‘common home’, which we are bound to care for and respect,” Francis wrote. “An alliance that generates peace, justice and hospitality among all peoples of the human family, as well as dialogue between religions.”

In addition to the May 14 meeting in the Vatican’s Paul VI Audience Hall, Francis said that a number of seminars on related topics will take place in other locations to prepare for the event.

“I invite everyone to work for this alliance and to be committed, individually and within our communities, to nurturing the dream of a humanism rooted in solidarity and responsive both to humanity’s aspirations and to God’s plan,” Francis wrote.

According to a statement from the Congregation for Catholic Education, the initiative is a response to a request that came during several meetings Francis had with different personalities of “various cultures and religious affiliations.”

The statement said the fifth anniversary of the environmental encyclical ‘Laudato Si’ was an “ideal platform” to launch the event.

“The most significant personalities in the world are invited to take part in the proposed initiative, political, cultural and religious, and in particular the young people to whom the future belongs,” the Vatican statement says. “The goal is to arouse an awareness and a wave of responsibility for the common good of humanity, starting from the young and reaching all people of good will.”

THIS IS THE PLACE WHERE POPE FRANCIS WILL HOLD HIS GLOBAL ALLIANCE MEETING ON MAY 14TH , 2020

The statement from the Congregation also said that the new educational pact will aim to heal three “fractures” affecting the world:

In a video message, Pope Francis launches the Global Educational Alliance initiative to shape the future of humanity by forming mature individuals who can overcome division and care for our common home