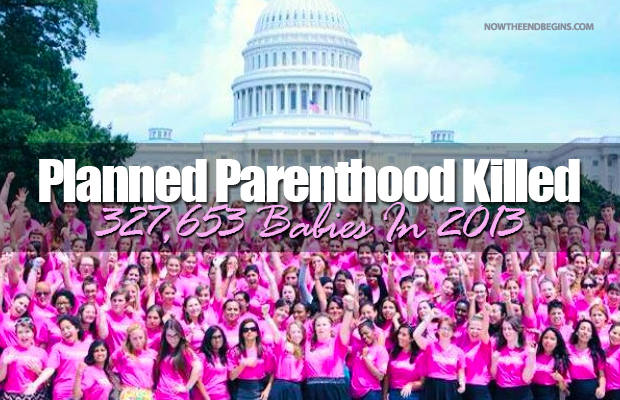 In 2013, abortions made up 94% of Planned Parenthood’s pregnancy services

The abortion giant Planned Parenthood has released its 2013 annual report and the new numbers indicate it did more abortions than the year before — killing 327,653 babies in abortions while taking in millions in taxpayer funds.

While it remains America’s biggest abortion corporation, the “nonprofit” continued to make money — bringing in $305.4 million last year and $305.3 million this year. Planned Parenthood continued to receive over a half-billion dollars in taxpayer money, as it took in $540 million in 2012 and $528 million in 2013.

“Despite this lack of increase in its primary business, Planned Parenthood continued to receive over a half-billion dollars in taxpayer money,” Sedlak said. “It has such a tremendous publicity machine that it convinced corporate and private donors to increase donations by more than $75 million (from $315.4 million to $391.8 million).”

“The increased donations, plus an increase of $28 million in “other operating revenue” and the reduction in costs from closing clinics, led to a near-record $127.1 million in profits for the largest abortion chain in the nation. This was the second highest reported annual profit in Planned Parenthood’s history,” he explained to LifeNews. source

Some other takeaways from Planned Parenthood’s own figures: