The 15-member UN Security Council is slated to meet on Tuesday to debate the Gaza violence and the US relocation of its embassy to Jerusalem. Palestinian Authority Foreign Minister Riyad Malki blasted the US for its continued support of Israel on this matter, in a radio interview he did for Voice of Palestine. His words were reported by the Palestinian new agency WAFA.

United Nations Human Rights official called for an independent probe into the Israeli killing of Palestinian protesters on the Gaza border after the United States squashed a bid for a Security Council investigation.

“Baldness is come upon Gaza; Ashkelon is cut off with the remnant of their valley: how long wilt thou cut thyself? O thou sword of the LORD, how long will it be ere thou be quiet? put up thyself into thy scabbard, rest, and be still. How can it be quiet, seeing the LORD hath given it a charge against Ashkelon, and against the sea shore? there hath he appointed it.” Jeremiah 47:5-7 (KJV)

EDITOR’S NOTE: In the aftermath of massive riots by Hamas and the Palestinians at the Gaza border fence yesterday, the United Nations and other anti-Israel organizations are calling for “maximum restraint” and a “complete investigation” of events which left nearly 60 Palestinians dead and thousands more wounded. But they are not calling on Hamas to show any restraint, only Israel. They are not investigating Hamas and Palestine, only Israel. Thankfully, the United States blocked a UN attempt to officially condemn Israel for defending themself yesterday. This would not have happened if Barack Obama was still president. On a side note, it is comically interesting to me that not a single bleeding-heart, Liberal, climate change preaching nature group has uttered word one on the devastating impact that the open-air burning of over 10,000 rubber tires by the Palestinians is having on the environment. Wonder why that might be? Or is it only a crime against nature when Conservatives do it?

“We urge maximum restraint. Enough is enough,” Rupert Colville, the spokesman for the Office of the High Commissioner for Human Rights, told reporters in Geneva on Tuesday.

He spoke in the aftermath of the bloodiest day since the Hamas led protest, dubbed The Great of March Return, began on March 30, with the goal of breaking through the security barrier that separates Israel from Gaza.

Israel has focused on the violent nature of the protest., which has included burning tires, flaming kites launched over the border, stone throwing, molotov cocktails and infiltration attempts.

Palestinians in turn have highlighted the peaceful elements of the march, which has drawn thousands of people from Gaza. The international community, particularly following the deaths of 58 Palestinians on Monday, have charged Israel with disproportional use of force.

“We call for independent, transparent investigations in all cases of death and injury since 30 March. Since 30 March, 112 Palestinians, including 14 children, have lost their lives at the fence and thousands have been injured,” Colville said.

“We stress, again, that lethal force may only be used as a measure of last – not first – resort, and only when there is an immediate threat to life or serious injury.

“An attempt to approach or crossing or damaging the fence do not amount to a threat to life or serious injury and are not sufficient grounds for the use of live ammunition. This is also the case with regards to stones and molotov cocktails being thrown from a distance at well-protected security forces located behind defensive positions,” Colville said.

On Monday, aside from the 58 deaths, 1,360 demonstrators were injured with live ammunition, of whom 155 are in critical condition, Colville said. “Six children and a health worker were among those who lost their lives, and 10 journalists suffered injuries from gunshot wounds,” Colville said.

He added that because the Gaza health care system is crumbling, there are not enough resources to treat the injured. We are still witnessing cases in which injured demonstrators are effectively prevented by Israel from exiting Gaza for treatment.

On Monday, the United States blocked a bid by a number of UN Security Council members to condemn Israel and create an independent investigatory committee.

The 15-member UN Security Council is slated to meet on Tuesday to debate the Gaza violence and the US relocation of its embassy to Jerusalem. Palestinian Authority Foreign Minister Riyad Malki blasted the US for its continued support of Israel on this matter, in a radio interview he did for Voice of Palestine.

His words were reported by the Palestinian new agency WAFA.

Amb. Nikki Haley at U.N. Security Council: “I congratulate our friends in Israel on the remarkable achievement of 70 years of independence…May the next 70 years be ones of strength, of hope, and of peace.” https://t.co/7ubyCucUQW pic.twitter.com/zHKiqWTiu5

“By blocking a Security Council statement that was supposed to condemn Israel and calls for forming an independent investigation committee, the United States has declared itself as protector of Israel as it proceeds with its crimes, which therefore makes it complicit in the Israeli crimes against our people in Gaza,” said Malki.

NOTE: The following is the complete statement taken in its entirety from the United Nations web site. You will note that at no point does the UN hold Hamas or the Palestinians responsible for all or even any of the death and damage that resulted because of the riots that they themselves are perpetrating against Israel.

GENEVA (May 14, 2018) – At the conclusion of its 95th Session, the Committee on the Elimination of Racial Discrimination issued the following Statement:

The Committee on the Elimination of Racial Discrimination, meeting in Geneva at its ninety-fifth session, from 23 April to 11 May 2018,

Acting under its Early Warning and Urgent Action Procedures;

Alarmed by the disproportionate use of force displayed by the Israeli Security Forces (ISF) against Palestinian demonstrators who have been taking part, since 30 March, in the so called ‘the Great March of Return’ in Gaza, which has resulted in the death of at least 40 people, among them five children and in thousands of persons being injured;

Gravely concerned that many of the persons who died or were injured were reportedly posing no imminent threat at the time they were shot;

Alarmed also by the many reports according to which Israeli authorities have denied and continue to deny access to urgent medical treatment to injured Palestinians;

Highly concerned that these incidents are taking place in a context marked by the 50 year- occupation of the Palestinian territory, the blockade imposed since 2007 on the Gaza strip and a rise of racist hate speech and incitement to racist violence against Palestinians by Israeli governmental officials and members of the ISF; 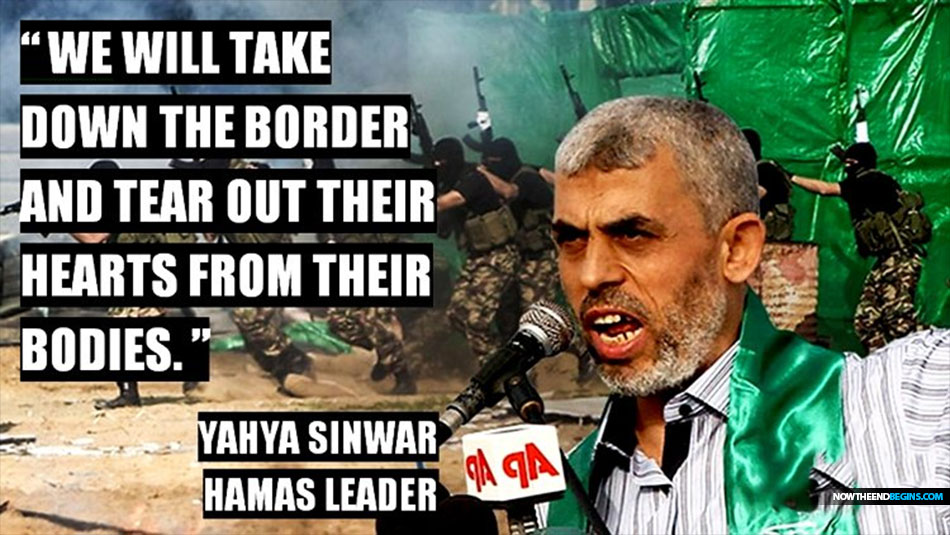 As thousands of Palestinians demonstrated along the Gaza border on Friday, Hamas leader Yahya Sinwar, speaking before protesters, warned that the Strip was ready to “explode in the face of the occupation.”

Deeply worried about persisting discriminatory practices against Palestinians by Israel as well as the absence of adequate accountability mechanisms, which would permit Palestinians to seek justice for the human rights violations to which they are subjected and the failure to hold members of the ISF accountable;

Concerned that while the State party publicly announced the conduct of an investigation into these events, an independent and impartial investigation has not yet taken place;

Recalling the provisions enshrined in the International Convention on the Elimination of All Forms of Racial Discrimination, to which Israel has been a party since 1979 and in particular the obligations contained in articles 2 1), 4 and 5 b) and d) as well as the concluding observations on Israel issued by the Committee in 2012 (CERD/C/ISR/CO/14-16), especially paragraphs 10, 23, 24 and 26;

The Committee urges the State party to:

1. Put an immediate end to the disproportionate use of force against Palestinian demonstrators in the Gaza strip, refrain from any act that could lead to further casualties and ensure prompt and unimpeded access to medical treatment to injured Palestinian;

2. Initiate an impartial and independent investigation into the use of force against Palestinian demonstrators in compliance with international standards and hold those responsible accountable;

3. Ensure that all Palestinians under its effective control enjoy full rights under the Convention without discrimination especially, their right to life and security of person, freedom of opinion and expression, as well as their right to medical care;

4. Take all the necessary measures to fully implement the recommendations made by the Committee in 2012 and in particular:

a) To fully respect the norms of humanitarian law in the Occupied Palestinian Territory and to lift the blockade of the Gaza strip;

b) To counter the tide of racism and xenophobia in public discourse, in particular by strongly condemning all racist and xenophobic statements by public officials and political and religious leaders, and by implementing appropriate measures to combat the proliferation of racist acts and manifestations of racist hate speech that particularly target Palestinians in the territories under the State party’s effective control. source