Persecutions Of Christians Soars In Iran

Reports coming out of Iran say persecution of Christians is only growing more bold and brazen, as Iranian authorities once again raided a house church – this time in... 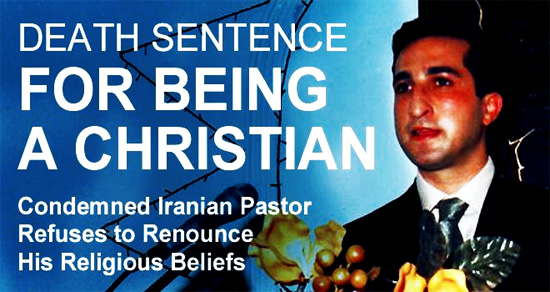 Feeling the brutality of Islamic supremism

“And ye shall be hated of all men for my name’s sake: but he that endureth to the end shall be saved.” (Matthew 10:22)

Reports coming out of Iran say persecution of Christians is only growing more bold and brazen, as Iranian authorities once again raided a house church – this time in Shiraz – and arrested between 6 to 10 members of the congregation.

The detainees are being held in an undisclosed location.

Jihad Watch publisher Robert Spencer says that the Iranians don’t know that they’re doing the very thing that will produce more Christians. “They don’t know that Christianity grows amid persecution,” Spencer said. “Islam has expanded through violence and intimidation, so it isn’t at all surprising that they’d resort to it again.”

Clare Lopez, a senior fellow with the Center for Security Policy agrees, speculating that if the Iranian mullahs know persecution grows the Christian church, they don’t care. They’re following their sworn duty as Muslims.

“The issue has little to do with perceptions of how Christianity might respond,” Lopez said, “but rather with the obligation under Islamic doctrine to put and keep dhimmis in their ‘place’ within Muslim society.

“The forces of Shariah Islam are in the ascendant all over the Middle East these days,” Lopez continued, “and with the new-found sense of empowerment combined with what is perceived as Western complicity and weakness in the face of that situation, it is to be expected that all religious minorities, but especially Christians and Jews, increasingly will feel the brutality of Islamic supremecism.”

The default position of Islam

“Remember, pluralism and tolerance are totally Western ideas, completely foreign to Islam and certainly the Middle East,” Lopez said. “Recall that Persian history, aside from the brief interlude of the Pahlavi dynasty in the 20th Century, was one of dynasty, jihad and vicious anti-Semitism.

“Islam is supremacist, and whenever it feels the ability to dominate and suppress non-Muslims, that is what will occur,” Lopez said, “which is completely in accord with the Pact of Umar and Islamic law on treatment of ‘People of the Book.’ This is from Sura 9.29, the Sura of the Sword.

“In reality, what we are seeing now is the ‘default position’ of Islam,” Lopez added.

“Iranian authorities know that Western Church authorities – whether Catholic, Protestant, or others – have not risen to the defense of Egyptian Copts or Iraqi Christians, whose situation has been far worse than what Iranian Christians have faced recently,” Lopez said.

“Political Islam” President Bill Warner agrees, saying that for the most part, the Iranians feel no need for concern over what Western Christians think. Warner adds that any Western complaints are short-lived.

“Why should they care what the Christian world and the rest of the Kafir world think?” Warner asked. “We never do anything, except for a few mentions in the media, which are temporary. We have no ability to bear a grievance.”

Warner also notes the number of Christians who die weekly. “Christians die by the dozens each week from Egypt to Nigeria. What church has had a prayer service for the martyrs? No, they are not martyrs, just a denied statistic,” Warner said.

Warner’s estimate is accurate. Voice of the Martyrs reports that since 2010, over 200 Nigerians have been killed by violent attacks from the Boko Haram terrorist group.

VOM also reports that since the overthrow of President Hosni Mubarak, attacks against Christians have become more frequent and more violent.

Warner also notes an ironic reality between the media and the North American church.

“In today’s world, the media have higher morals than religious leaders,” Warner said. “The media will mention it. The religious leaders will ignore it. Islam has a license to do whatever it wants.” Warner also points to another inconsistency between the suffering church worldwide and the North American church: a desire for “religious dialogue.”

“This week in a city near you, religious leaders and academics will be at dialog about the Abrahamic faiths,” Warner said. Lopez says that she’s not optimistic about the Western churches raising a voice in protest.

“I wish I could say that the Western world once again would rise to the defense of Middle Eastern Christians and other oppressed minorities (don’t forget the Iranian Baha’is, who’ve been brutally suppressed since at least 1979). And any publicity you can give the plight of these Iranian Christians will surely help,” Lopez said. – source – WND