The Hybrid Insect Micro-Electro-Mechanical Systems hopes to allow researchers to grow insect nerves into silicon computer chip connections to allow the insects to be remote controlled like RC airplanes.... 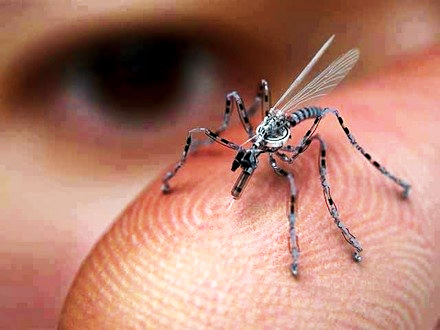 In addition to needing people to watch countless hours of videos of targeted individuals’ private lives taken by spy drones, the Pentagon is conducting a recruitment campaign for 1400 more people to operate its growing fleet of flying surveillance robots, a violation of Article 12 of the Universal Declaration of Human Rights. 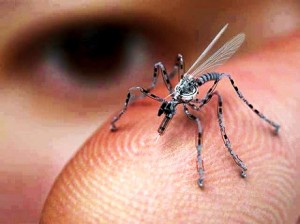 After Air Force leaders’ complaining for months that their “number one manning problem … is manning our unmanned platforms,” the Pentagon is now hiring new outside instructors and initiating two new educational programs to satisfy its thirst to spy on peoples’ private lives, according to Wired Magazine Thursday, of particular concern to Targeted Individuals.

This surveillance, a violation of the Universal Declaration of Human Rights, Article 12, applies overseas and in the United States where 30,000 drones have been authorizedfor use by 2020.

Article 12 of the Declaration of Human Rights to which the United States is a signatory states: “No one shall be subjected to arbitrary interference with his privacy, family, home or correspondence, nor to attacks upon his honour and reputation. Everyone has the right to the protection of the law against such interference or attacks.”

To meet its demand of 1400 more people to the spy program, the U.S. Navy’s new education program will “first create a new military undergraduate courses, which will complement existing training programs for pilots and sensor operators. The second is to increase the capacity of its training crews,”Wired Magazine reports.

“The Pentagon now has about 7,000 aerial drones in its inventory, compared with fewer than 50 a decade ago,” New York Times reported a year ago.

“The numbers are overwhelming: Since the Sept. 11, 2001 attacks, the hours the Air Force devotes to flying missions for intelligence, surveillance and reconnaissance have gone up 3,100 percent, most of that from increased operations of drones. Every day, the Air Force must process almost 1,500 hours of full-motion video and another 1,500 still images, much of it from Predators and Reapers on around-the-clock combat air patrols.

Micro-air vehicles pose further abuse of Article 12 of the Universal Declaration of Human Rights. They also make it trickier to spot informants among crowds of protesters.

The New York Times reported that Greg Parker, an aerospace engineer, admitted a year ago, “We’re looking at how you hide in plain sight,” holding a prototype of a mechanical hawk aimed for espionage or killing people.

A Wright-Patterson base indoor “microaviary” flight lab is researching and developing tiny drones that replicate moths, hawks and other inhabitants of the natural world, theTimes reported, stating in its article title that the new technology is “Poised to Alter War.”

A flurry of recent comments Friday under what could be a photo-shopped image of a bug spy on Facebook posted by Wake Up World via Veritas, similar to photographs that the New York Times posted in its slideshow of new drones, might indicate public outrage over the privacy violation that the Pentagon’s new technology is fostering.  Within less than 24 hours, 638 people have commented on the spy bug image and surveillance drones.

Veritas reports that recent sightings in New York and Washington DC have “raised question over whether the government has secret miniature spy drones.

Only five years ago, Cornell University research had shownthat insect flight was is “theoretically impossible.” While the FBI then officially denied having robobugs, DARPA had declared that they were working hard to implant moth pupae with computer chips to make “cyborg moths” when the pupae emerge from their protective casing, according to Daily Tech.

Protesters in Washington and New York claimed five years ago that there were robobugs hovering around them. At that time, entomologists interviewed believed that the entities were black dragonflies.

“The dragonfly population of Washington ‘can knock your socks off,’ according to one entomologist,” reported the Daily Tech.

“Unfortunately, the entomologists could not explain the bulb shape attachments to their tails that many reported seeing; nor could they explain their organized flight which was widely reported by observers. Dragonflies do not fly in packs, according to entomologists.”

Washington lawyer Bernard Crane who saw the robobugs said he’d never seen anything like them in his life, accordingto the Washington Post in 2007: “They were large for dragonflies. I thought, ‘Is that mechanical, or is that alive?’ ”

The Washington Post article had then stated, “Some federally funded teams are even growing live insects with computer chips in them, with the goal of mounting spyware on their bodies and controlling their flight muscles remotely.

“The robobugs could follow suspects, guide missiles to targets or navigate the crannies of collapsed buildings to find survivors.”

As robobug research and development continues, the military’s at least 64 different bases to house its drone fleet is not enough airspace. According to an April 2012 report, “airspace required already exceeds what’s available and the problem will only get worse as more bases are built around the country,” Wired Magazine states.

“In fact, many of the new bases won’t have access to the airspace necessary, both civilian and military, unless the Federal Aviation Administration changes its rules about flying drones domestically.”

All weapons of war must first be tested on humans. Retired Air Force colonel Tom Ehrhard, who specializes in unmanned aerial vehicles, “admitted that the U.S. government can be pretty sneaky.”

The CIA, according to The Washington Post, developed an “insectothopter,” a simple dragonfly snooper in the 1970s. At the time, agency spokesman George Little had said that he could not talk about what the CIA may have done since then.

“The Office of the Director of National Intelligence, the Department of Homeland Security and the Secret Service also declined to discuss the topic.”

Adding to outrage about America’s drones, earlier this week, a drone made by Northrup Grumman, mistaken for a UFO, fell from the sky and landed on a Maryland highway.

In November, an innocent Targeted Individual gave his account to the Examiner of seeing a drone in New York, and having what was described as high-tech “less-than-lethal” directed energy weaponry applied to him. source – Examiner