The settlement between more than 450 victims and the Oregon Province of the Society of Jesus is one of the largest in the Catholic church's sweeping sex abuse scandal.... 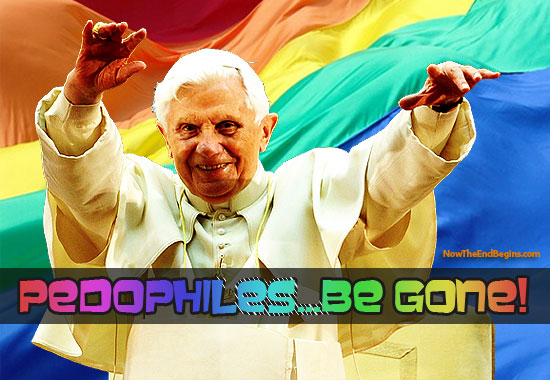 “Now the Spirit speaketh expressly, that in the latter times some shall depart from the faith, giving heed to seducing spirits, and doctrines of devils; Speaking lies in hypocrisy; having their conscience seared with a hot iron; Forbidding to marry, [and commanding] to abstain from meats, which God hath created to be received with thanksgiving of them which believe and know the truth.” 1 Timothy 4:1-3

SEATTLE — The settlement between more than 450 victims and the Oregon Province of the Society of Jesus is one of the largest in the Catholic church’s sweeping sex abuse scandal. It also calls for a written apology to the victims.

The Catholic Church seems lost and unable to do anything to stop the abuse by priests of children placed under their care.

“It’s a day of reckoning and justice,” said Clarita Vargas, who said she and her two sisters were abused by the head of St. Mary’s Mission and School, a former Jesuit-run Indian boarding school on the Colville Indian Reservation near Omak, Wash., in the late 1960s and early 1970s. The abuse began when they were as young as 6 or 7, she said. “My spirit was wounded, and this makes it feel better.”

The province previously settled another 200 claims. Then the organization filed for bankruptcy in 2009, claiming the payments depleted its treasury. But victims argued the province remained wealthy because it controls several schools and properties. The relationship between the Jesuit order and other Jesuit properties, including Gonzaga University, has been an issue in bankruptcy proceedings. But both the college and the province maintain they are separate entities. Many of the abuses happened in remote villages and on reservations. The order was accused of using those areas as dumping grounds for problem priests. Both the order and its insurers are paying into the settlement.” source – MSNBC