Russia’s government is in the midst of a full-scale war to preserve the value of the ruble as a plummeting oil price has led to billions flooding away from... 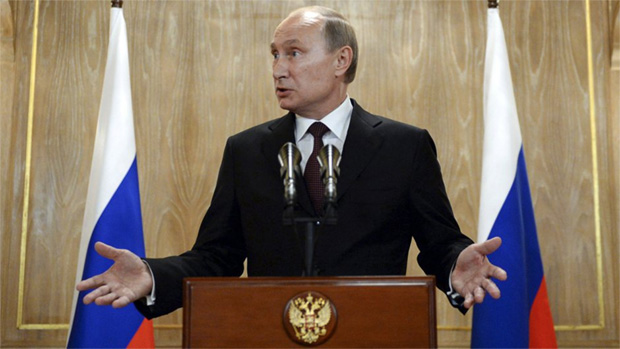 “And thou shalt say, I will go up to the land of unwalled villages; I will go to them that are at rest, that dwell safely, all of them dwelling without walls, and having neither bars nor gates, to take a spoil, and to take a prey; to turn thine hand upon the desolate places that are now inhabited, and upon the people that are gathered out of the nations, which have gotten cattle and goods, that dwell in the midst of the land.” Ezekiel 38:11,12

Even as it spars with Ukraine, Russia’s government is in the midst of a full-scale war to preserve the value of the ruble as a plummeting oil price has led to billions flooding away from the country. The ruble fell 11 percent against the dollar on Monday alone.

As Russia’s citizens are going to face an unpleasant combination of a contracting economy and high inflation (because the collapse in the ruble will make imported goods more expensive), one thing is certain: It will be a long, cold winter.

To try to stanch the bleeding, on Monday evening (the middle of the night Moscow time), the Central Bank of Russia announced a stunning interest rate increase. Its main deposit rate is now 17 percent, up from 10.5 percent when Russian banks closed for business Monday.

It may go without saying, but an emergency interest rate increase of 6.5 percentage points announced in the middle of the night is not a sign of strength. Rather, it is the kind of thing you see only in an old-school emerging markets currency crisis. And that is very much what Mr. Putin’s Russia is now experiencing.

Read the rest of the story on NY Times Mobile…