Pamela Geller is attempting to show the American people that if we succumb to the political correctness of the left wingers, we will be like the frogs in the... 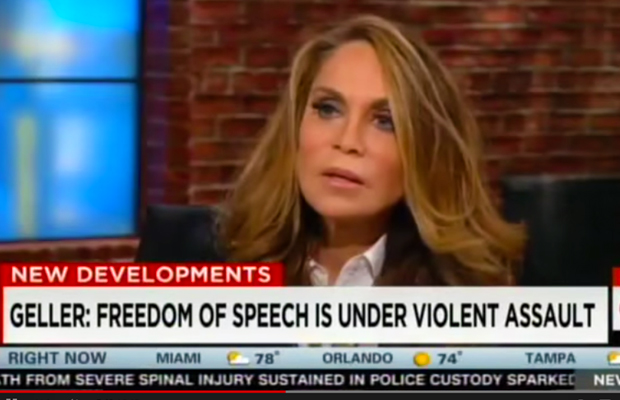 I will say one thing for the left — they are consistent. They are always up for the fight against anyone who is trying to expose and destroy evil. They have a obsession with Islam. It defies reason, logic and common sense.

Pamela Geller is attempting to show the American people that if we succumb to the political correctness of the left wingers, we will be like the frogs in the pot, who happily jump around, oblivious to the fact the temperature of the water is very slowly being increased. They continue to play, until that temperature reaches boiling and then it’s too late. Poor guys didn’t see it coming.

We Christians know that political correctness is simply shutting down those on the right. The left make the rules, and when we don’t abide by them, we are labeled racist, islamophobes and a danger to our country.

This president is the stuff that nightmares are made of. I always knew he was evil, but I guess not to this extent. What do we hear from the White House in response to the news which reported that ISIS is converging on Baghdad, and quite possibly will take all of Iraq.

The Caliphate which is their goal is solidifying right before our eyes. The White House makes a wishy washy statement about their air strikes, and then more drivel about training those on the ground in Iraq to deal with ISIS. PLEASE!!! Don’t talk to us like we are idiots. BHO should never have pulled completely out of Iraq, in a military capacity, in the first place!!

Back to Pam Geller and her fight to preserve our Constitutional rights. I say “YOU GO, GIRL!”. Some are saying that it will put Americans in harms way on the buses who agree to display Pam’s advertisement. Don’t these people see that this thinking of theirs is backwards??

Our Constitution was designed to ensure life, liberty and the pursuit of happiness. LIBERTY – that’a a word upon which whole books have been written. Without Liberty, we are not the shining beacon on the hill. Why do you think that so many people from all over the world wanted to come to America? Liberty and Capitalism were the two main attributes of American life. For many who had been pushed down by communism and tyrannical governments – America was the country they dreamed about.

I watched Pamela Geller be interviewed by the lame stream media. The man kept saying to her that doing the things that she has been doing, is offensive to the Muslims. REALLY??? Are not the beheadings of hundreds, (maybe thousands) of Christians and others which ISIS deem as not worthy to live…..THIS is not offensive?? It is not offensive when these people cry out in unison “Death to America.?”

The Left does not understand Sharia Law. They don’t believe that these who are following the Qur’an want world domination. They still call them “peaceful” and insist that ISIS is not representative of Islam! They heard that from their leader, Obama, and they take their cues from him.

If America is given the chance to come back to the greatness which she once possessed in the world, only then will this ridiculous political correctness be tossed aside and replaced with common sense.

Unfortunately, America’s sins are so great— it leads me to think that we are close to physical destruction. God only strives for so long with a country like America.

So, I say to Pamela Geller – God bless you and keep you safe in your great work to save this once great country from total destruction.