Palestinian officials said the proposal calls for negotiations to be based on the territorial lines that existed before Israel captured the West Bank, East Jerusalem and Gaza Strip in... 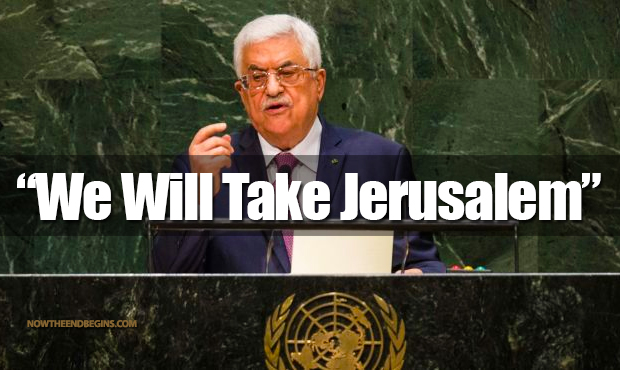 Palestinians plan to submit a final draft of a statehood resolution to the United Nations on Monday calling for a peace deal with Israel within a year and an end to occupation of Palestinian territories by the end of 2017, officials said.

Reuters reports that “Today the Arab group will meet in New York, and we will submit the original draft resolution to the Security Council hoping to conclude the vote by tomorrow or the day after,” senior Palestinian official Saeb Erekat told Reuters.

Palestinian officials said the proposal calls for negotiations to be based on the territorial lines that existed before Israel captured the West Bank, East Jerusalem and Gaza Strip in the 1967 Middle East war.

“The draft resolution calls for the resumption of negotiations to solve all final status issues by no later than 12 months after the adoption of the resolution and ensures the end of the Israeli occupation that began in 1967 will come no later than the end of 2017,” the Palestine Liberation Organisation said.

“It calls for two sovereign, democratic and secure states, Palestine and Israel.”