Violence spewed out of the Gaza Strip again Saturday night, Nov. 10, with a rocket attack on an IDF Givaty Brigade jeep on a routine task some distance from... 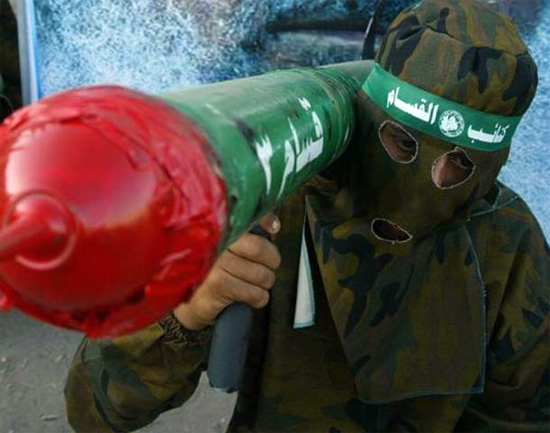 Violence spewed out of the Gaza Strip again Saturday night, Nov. 10, with a rocket attack on an IDF Givaty Brigade jeep on a routine task some distance from the border, injuring four Israeli soldiers – one critically, two in moderate condition.

This time Hamas’ contractor was the Palestinian Popular Front. After Israeli tanks and helicopters fired back, the Palestinians loosed rockets against the Eshkol and Shear Hanegev districts, followed by Grad rockets aimed at Ashkelon, Ashdod and Gan Yavneh. Iron Dome intercepted two. Locations north of Ashdod as far north as Gedera went on missile alert. No more casualties are reported thus far.

Thursday, Nov. 8, Palestinian terrorists detonated by remote a tunnel packed with explosives  against a group of Israeli soldiers. None were hurt. The soldiers were searching for bombs rigged as booby-traps for use against their comrades. IDF units in the Gaza sector have been on high alert since before then as Palestinian attacks have kept on coming in an escalating spate – eight from Oct. 8 until this Saturday.

But before that, on Oct. 6, two days after an Iranian stealth drone flew over Israel, Hamas loosed its heaviest barrage ever of 60 rockets and missiles against the Eshkol district. The IDF made no response this this outrage.

On Oct. 19, an IDF patrol was hit by a roadside bomb near Ein Hashlosha. For three days, Oct. 22-25, rocket salvoes descended on Ashkelon and other locations. This time, the Palestinians began firing for the first time mobile 120mm multiple-firing “Katyusha” systems. Another roadside bomb near Kissufim seriously injured a senior IDF officer, blowing off both his arms..

There was a further escalation after the Israeli bombardment of an Iranian missile plant near Khartoum, one of Hamas’ arms suppliers. On Oct. 28, Palestinian Grad missiles were again fired at Beersheba and the regional area of Dimona where Israel’s nuclear reactor is situated.

Now, once again, nearly a million civilians living within the Palestinian terrorists’ ever widening radius of fire are being told to stay close to shelters – those who have them – and mayors worry about opening schools.

And once again, they hear that the Prime Minister Binyamin Netanyahu has called an urgent conference with Defense Minister Ehud Barak and Chief of Staff Lt. Gen. Benny Gantz. The people living in an area between Gedera and the southern tip of the Gaza Strip up to Beersheba wait again on tenterhooks for some action to put an end to their long agony as hostages to Hamas. source – DEBKA