Palestinian Leaders Vote To Go For UN Recognition In September

For, behold, in those days, and in that time, when I shall bring again the captivity of Judah and Jerusalem, I will also gather all nations, and will bring... 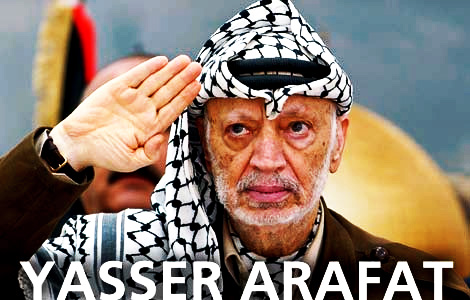 Is the dream of Yasser Arafat - a divided Israel - on the verge of coming true in September?
by Geoffrey Grider June 26, 2011
NOW THE END BEGINS SHARE:

What the prophet Joel saw concerning Israel in the last days

“For, behold, in those days, and in that time, when I shall bring again the captivity of Judah and Jerusalem, I will also gather all nations, and will bring them down into the valley of Jehoshaphat, and will plead with them there for my people and [for] my heritage Israel, whom they have scattered among the nations, and parted my land. Yea, and what have ye to do with me, O Tyre, and Zidon, and all the coasts of Palestine? will ye render me a recompence? and if ye recompense me, swiftly [and] speedily will I return your recompence upon your own head;” Joel 3:1,2

The bible says that, in the last days, there will be a great Muslim movement to divide the land of Israel, to take what God gave only to the Jews for themselves. This is exactly what Palestinian ‘statehood’ is really all about. Have you ever looked on a map to see how many million of square miles of the Middle East that belong to the Arabs, and yet, all they can seem to focus on is a little, tiny sliver no larger than the state of New Jersey. Why? Because the bible declared that this would be happening in the end days right before the start of the time of Jacob’s trouble.

“RAMALLAH, West Bank – The West Bank Palestinian leadership on Sunday formally decided to press ahead with efforts in September to win U.N. recognition of a state in the West Bank, Gaza Strip and east Jerusalem, in what could be a blow to efforts to restart Israeli-Palestinian peace talks.

Is the dream of Yasser Arafat - a divided Israel - on the verge of coming true in September?

The leadership, made up of the Palestine Liberation Organization’s decision-making body and officials of the Palestinian Authority, the self-rule government in the West Bank, said in a statement that the goal was to bring a state of Palestine into the family of nations of the world.

It approved the approach in principle, according to the statement, without adding operative steps about how to follow on from recognition.

The idea of asking the U.N. General Assembly to recognize a Palestinian state inside the cease-fire lines that held until the 1967 Mideast War is a reflection of Palestinian frustration with stalemated peace talks with Israel.

In recent weeks, however, Palestinian leaders have been giving signs of backing away from the initiative and toward softening their position over the renewal of peace negotiations, as both the U.N. initiative and their drive to set up a unity government with the rival Hamas in Gaza have foundered.

Some Palestinians believe that contrary to the notion that U.N. recognition would stymie peace talks, such world status would force Israel to make concessions when negotiations resume.

Recognition of a Palestinian state by the U.N. General Assembly would carry considerable diplomatic weight but would not carry legal clout. Only the U.N. Security Council can add a nation to the world body, and the U.S. government has repeatedly expressed its opposition to the move, while stopping short of saying it would veto such a resolution.

Israel has denounced the Palestinian U.N. initiative, charging that it torpedoes efforts to reach a negotiated solution to the Israel-Palestinian conflict.

President Barack Obama has offered a formula under which a Palestinian state would be set up with borders based on the pre-1967 war cease-fire lines that delineate the West Bank, with agreed upon swaps of territory between the two sides. Previous Israeli governments have agreed to the concept, but that did not result in a peace accord. source – Yahoo News