The nervous volunteer is Rainer Bock, who works at Kaspersky. After Oesterlund used a needle to put a chip under Bock's skin, the new member of the "cyborg" club said: "It didn't hurt." With a memory of just 880 bytes, the chips are far from the science fiction equivalent of data powerhouses carrying billions of encrypted secret documents. Rather, they tend to have specific functions, such as unlocking a door or hooking up to an app on a smartphone. Despite the limited uses, human chip implant manufacturer Dangerous Things told AFP that there are now around 10,000 "cyborgs" -- or humans with digital chips in them -- across the globe. 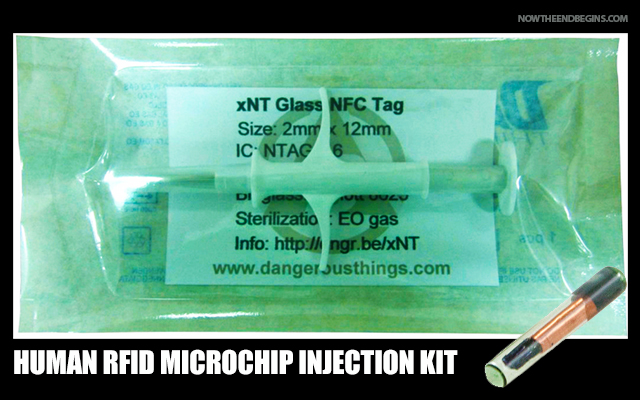 Those who have joined the “cyborg” club believe that getting in early allows them to secure a place at the forefront of a potentially life-changing development.

EDITOR’S NOTE: The Bible teaches that the Rapture of the Church comes before the Tribulation, and that certainly is true. So what we are seeing now is what we call the “overlap” between the closing of the dispensation of the Age of Grace and the warmup of the time of Jacob’s Trouble, the Great Tribulation. An unsaved world is preparing themselves to go through the Tribulation, and to receive the Mark of the Beast from the Antichrist when he arrives. As this story clearly shows, the arrival of a world leader who demands people take a Mark won’t raise any eyebrows at all. In fact, they’re gonna love it…for a little while.

“And he causeth all, both small and great, rich and poor, free and bond, to receive a mark in their right hand, or in their foreheads: And that no man might buy or sell, save he that had the mark, or the name of the beast, or the number of his name.” Revelation 13:16,17 (KJB)

Berlin, Germany – Punching in security codes to deactivate the alarm at his store became a thing of the past for Jowan Oesterlund when he implanted a chip into his hand about 18 months ago. “When I walk into my studio, I just wave my hand at the alarm, and the alarm turns off,” the tattoo artist said. “Whenever someone shows up with security clearance, he will wave and the alarm is deactivated, the lights are turned on… it will start up the computer, the cash machine and so on,” he added.

Everything you need to microchip another human being is all contained in this one kit from DangerousThings.com for a mere $99.00. How about YOU, ready to step up and be chipped?

Oesterlund is one of the small but growing number of people around the world who has a grain-sized NFC (Near Field Communications) chip embedded in him. In fact, so convinced is he that “this is the future” that he has two of them, one in his hand and the other in his arm. “One year ago it was ‘that’s just stupid’, or ‘wow that’s just awesome’. But now multinational companies are looking into it,” he said, pointing to cybersecurity firm Kaspersky as an example.

The renowned cybersecurity company had brought in Oesterlund to carry out a live demonstration of chip implantation at the IFA consumer electronics fair in Berlin which opens to the public Friday.

See the implant of an xNT NFC chip into the back of the right hand: GRAPHIC WARNING

The nervous volunteer is Rainer Bock, who works at Kaspersky. After Oesterlund used a needle to put a chip under Bock’s skin, the new member of the “cyborg” club said: “It didn’t hurt.”

With a memory of just 880 bytes, the chips are far from the science fiction equivalent of data powerhouses carrying billions of encrypted secret documents. Rather, they tend to have specific functions, such as unlocking a door or hooking up to an app on a smartphone.

Despite the limited uses, human chip implant manufacturer Dangerous Things told AFP that there are now around 10,000 “cyborgs” — or humans with digital chips in them — across the globe.

The phenomenon is not new, with a club in Barcelona offering such implants to its members as early as 2004, allowing them to gain entrance and pay for their drinks with it. But its popularity has now accelerated with the ubiquity of smartphones, which can communicate with the chips.

Those who have done the procedure admit that for now, novelty is its key draw.

Evgeny Chereshnev, who also works for Kaspersky, got his chip about seven months ago. “It felt weird for a couple of weeks… Then I started to understand that I’ve forgotten what it is to carry a badge to work, I’ve forgotten what it means to open a door with a key,” he said, describing how with a simple wave of his hand, he now enters a secure office building without punching in codes or tapping a security card at the entrance. 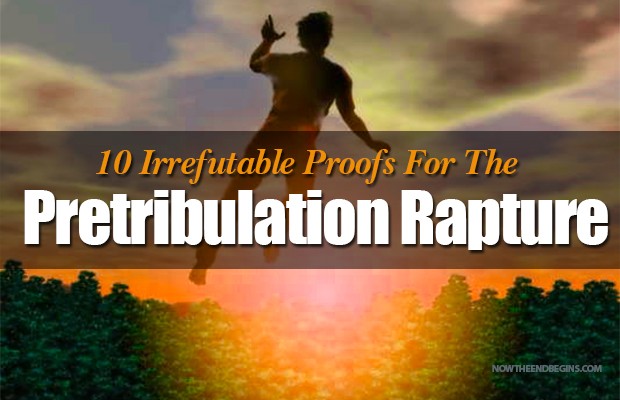 So we see many Christian churches today, who do not rightly divide their Bibles, are teaching their people that there is no difference between the Rapture and the Second Coming. They say that these are one and the same event. But we will show you conclusively in this article that, because of the manifold differences between the Rapture of the Church and the Second Coming of Jesus Christ, that it is impossible for them to be the same event.

But such implants are not without risks, warns Kaspersky’s European research director Marco Preuss, saying that a smartphone placed close to the chip for instance, could easily pick up data. Oesterlund said he had also weighed up the risk of someone trying to steal his chip through extreme violent means, but concluded that criminals were unlikely to go that far.

“Chopping off a hand is a really amateur way to steal something,” he said.

Those who have joined the “cyborg” club believe that getting in early allows them to secure a place at the forefront of a potentially life-changing development. “Curiosity is a factor,” said Hannes Sjoeblad, who also has a chip implanted.

But he added that a key aim is “to explore this technology before the government starts doing this”. “We want to contribute to the discovery of this platform. That is very exciting in itself.” source