United Nations election monitors will be at polling places around the U.S. looking for voter suppression activities by conservative groups, a concern raised by civil rights groups during a... 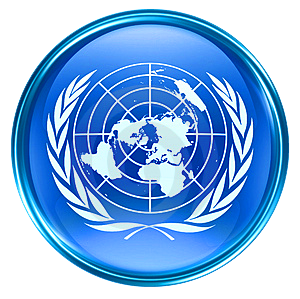 The coming One World Government

“We will have a world government whether you like it or not. The only question is whether that government will be achieved by conquest or consent.” (February 17, 1950, James Warburg, as he testified before the US Senate)

Here at NTEB, we have speculated at length on what type of dirty tricks Obama will use to retain his grasp on power in America. Some have suggested he will declare martial law and cancel the elections. Others have said he and George Soros will buy the vote. But whatever form it intimately takes. the following story on vote monitoring by the United Nations should send a cold, wet chill down your spine. At the very least, you should be outraged.

How does a country lose it’s sovereignty? Piece by piece, and bite by bite… and this is one giant gulp.

RELATED STORY: US Federal Agencies Seem To Be Preparing For Vast Civil Unrest

From The Hill: United Nations-affiliated election monitors from Europe and central Asia will be at polling places around the U.S. looking for voter suppression activities by conservative groups, a concern raised by civil rights groups during a meeting this week. The intervention has drawn criticism from a prominent conservative-leaning group combating election fraud.

The Organization for Security and Cooperation in Europe (OSCE), a United Nations partner on democratization and human rights projects, will deploy 44 observers around the county on Election Day to monitor an array of activities, including potential disputes at polling places.

Liberal-leaning civil rights groups met with representatives from the OSCE this week to raise their fears about what they say are systematic efforts to suppress minority voters likely to vote for President Obama.

The Leadership Conference on Civil and Human Rights, the NAACP and the ACLU, among other groups, warned this month in a letter to Daan Everts, a senior official with OSCE, of “a coordinated political effort to disenfranchise millions of Americans — particularly traditionally disenfranchised groups like minorities.”

The request for foreign monitoring of election sites drew a strong rebuke from Catherine Engelbrecht, founder and president of True the Vote, a conservative-leaning group seeking to crack down on election fraud.

“These activist groups sought assistance not from American sources, but from the United Nations,” she said in a statement to The Hill. “The United Nations has no jurisdiction over American elections.”

The observers, from countries such as Germany, France, Serbia, Belarus, Ukraine and Kazakhstan, will observe voting at polling places and other political activity.

“They [will] observe the overall election process, not just the ballot casting,” said Giovanna Maiola, spokeswoman for OSCE. “They are focusing on a number of areas on the state level, including the legal system, election administration, the campaign, the campaign financing [and] new voting technologies used in the different states.”

In a follow-up e-mail, Maiola noted that it is a limited election-observation mission. She said “the OSCE has regularly been invited to observe elections in the United States, in line with OSCE commitments.”

Access of international observers during voting is explicitly allowed in some states such as Missouri, South Dakota, North Dakota and New Mexico.

“State law does not generally provide for international observers,” Maiola said. “However, through our contacts at state and county level in certain states, we managed to secure invitations at local level and we have taken up the offer to observe. Where this is not possible, we will respect the state regulation on this matter and will not observe in precincts on Election Day.”

“We attended their meeting, we took note of the issued they raised and we asked our observers in the field to follow up on them,” said Maiola.

Voting is expected to be more contentious this November than in past years because of a running battle over election law pitting conservative groups and Republican state officials against the Obama administration and liberal allies.

The Obama campaign scored a victory this week when the Supreme Court declined to hear an appeal filed by Republican officials in Ohio seeking to limit the state’s early voting program.

Both sides expect wrangling over voter identification and eligibility to extend to polling places and are recruiting armies of volunteers for Election-Day showdowns.

True the Vote, a group with Tea Party origins, has an ambitious plan to deploy hundreds of thousands of volunteers at polling stations to monitor election fraud.

“We may surpass a million volunteers or fall short, it will be hard to know,” said Engelbrecht. “But we’re very excited about the level of enthusiasm, the number of volunteers, and the fact that we had a positive impact in bringing awareness to this important issue, of election integrity.”

Democratic allies will counter with their own forces. The AFL-CIO will dispatch 300 lawyers to monitor poll workers and third-party groups challenging voter registration.

The Election Protection coalition, which includes Democratic allies such as the Sierra Club, Service Employees International Union and People for the American Way, plans to recruit 8,000 to 10,000 volunteers to cover 80 cities and counties.

“We hope that all groups that are putting people at a polling place, that they should follow the law and they should be there to make sure that responsible Americans who wish to participate in our democracy are able to free of intimidation,” said Eric Marshall, co-leader of Election Protection.

Civil rights groups have complained about what they say are subtle efforts of intimidation. They point to a billboard campaign in swing states such as Ohio warning voter fraud is a felony punishable by up to three and a half years in prison and a $10,000 fine.

Engelbrecht of True the Vote says intimidation is not her group’s motive.

“We are not in the business of picking winners or losers, but instead, to ensure that the process is iron-clad,” she said. “Properly trained a capable poll watchers or workers should offer no indication of their partisan or ideological leanings to voters at the polls.” source – The Hill