Sunday in Reno, Nevada, the infamous gay-pride rainbow flag replaced the American flag over City Hall. The outrage was immediate. ... 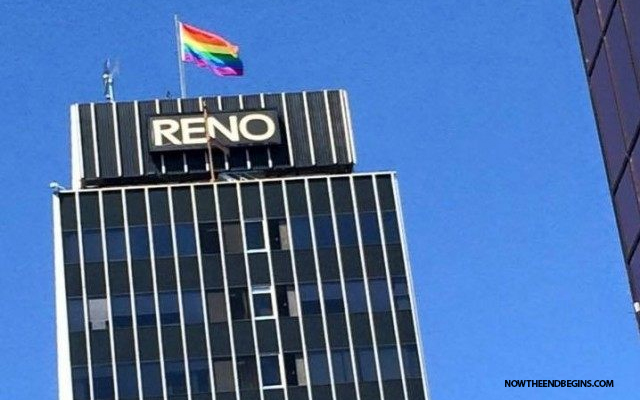 The outrage was immediate. For very good reason, many see the gay pride flag as a symbol of oppression, hate and bullying. City leaders eventually backed down claiming that the fascist gay-pride flag was supposed to fly with the American flag, not replace the American flag.

After the uproar, the gay pride flag, a provocative symbol of anti-Christian hate and oppression, was taken down Sunday evening and replaced with the American flag. source