The Future Attribute Screening Technology (FAST) security programme is designed to spot people who are planning to commit a terrorist act. The U.S. government system can ‘sense’ when you... 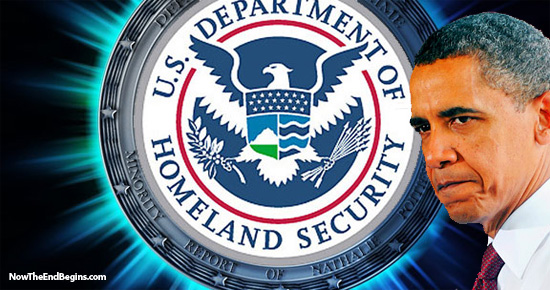 The dawn of the American police state

The day is almost here where an American police state, in preparation for the Mark of the Beast, will be able to monitor your thoughts and find you guilty of crimes you have never committed. You think this is conspiracy theory? That we are just trying to “scare” you? Think again. Pre-crime thought detection is being tested now under the orders of Obama’s Homeland Security thugs. To quote Ross Perot, that “sucking sound” you’re hearing is the sound of your freedoms being ripped out of the Constitution.

It is the aim of the Obama White House to convict you of crimes based only on the thoughts in your mind.

“The Future Attribute Screening Technology (FAST) security programme is designed to spot people who are planning to commit a terrorist act. The U.S. government system can ‘sense’ when you are planning and measures physiological factors such as heart rates and eye movements.

The Department of Homeland Security (DHS) carried out a FAST trial in a secret area of Northeastern America over the past few months. The technology relies on non-contact sensors so can measure indicators while somebody is walking along, reported Nature.com.

This means the system does not require active questioning of anyone.

Comparisons have already been made to Steven Spielberg’s 2002 science-fiction film ‘Minority Report’, starring Tom Cruise. The film, set in 2054, features Washington D.C. as a virtually crime-free city because of a ‘pre-crime’ elite law enforcement squad. They use three humans with special powers known as ‘pre-cogs’ who can see into the future and prevent crimes before they happen.

The FAST programme is being tested by officials instructing some people passing through the system to carry out a ‘disruptive act’. But psychologist Tom Ormerod, of Lancaster University in Britain, says this role-playing may not be representative of real terrorists. He has also suggested people will react differently when they know they are being tested.” source – Daily Mail