Obamacare is the most disastrous law of our lifetimes, one that was forced upon us in the most dishonest of ways in order to fundamentally transform America from the... 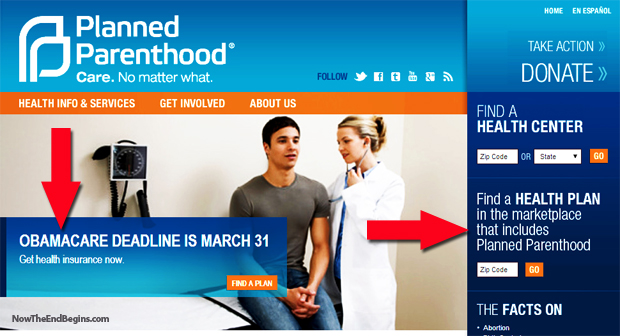 Lies that lying liars tell, and the stupid Americans that believed him

In 2010, Barack Obama promised there would be no “taxpayer-funded abortions”. In 2014, the Obama Administration is a full-fledged partner with Planned Parenthood in the abortion-providing business at taxpayer expense.

Obamacare is not only a violation of the United States Constitution, it is also an unprecedented push to increase the number of babies murdered each year through taxpayer-funded abortions.

Obama’s Many Other Lies Regarding Obamacare:

Mr. Obama promised the most transparent administration in American history. He proclaimed that by airing the Obamacare negotiations, Americans would see who’s really on their side. Indeed. Perhaps that’s why Mr. Obama never intended to air these in the first place. C-SPAN founder and CEO Brian Lamb later explained that his television network would have broadcast the negotiations, but “He never asked us .”

Perhaps the most disturbing of all: “I will never forget my own mother, as she fought cancer in her final months, having to worry about whether her insurance would refuse to pay for her treatment.” — Barack Obama, August 2009

The depths of the president’s dishonesty are fully revealed by his willingness to dishonor his own departed mother when he falsely claimed that her health insurance company attempted to cancel her policy. In actuality, Ann Dunham’s employer-based policy not only paid for her hospital bills and cancer treatment in full, they afforded her care at prestigious institutions like Memorial Sloan Kettering and the Straub Clinic.

The deceit is breathtaking

Obamacare is the most disastrous law of our lifetimes, one that was forced upon us in the most dishonest of ways in order to fundamentally transform America from the Land of the Free into a nation of dependents. The Obamacare days of reckoning have barely begun, and our only salvation now is to repeal this train wreck in its entirety and to be honest with Americans about what measures actually work: patient-centered, market-driven reforms. source – Washington Times