“The Obama administration has failed to make public separate side deals that have been struck for the ‘inspection’ of one of the most important nuclear sites—the Parchin military complex,”... 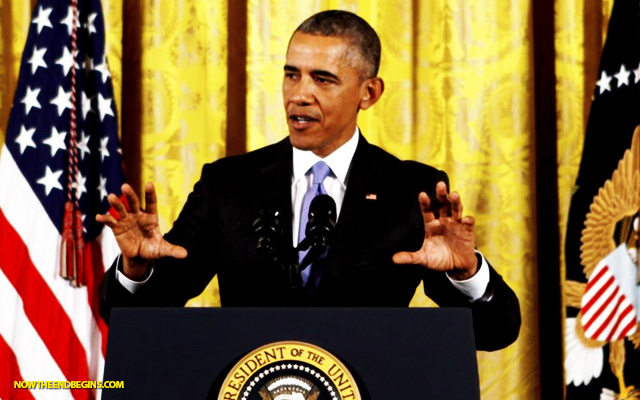 EDITOR’S NOTE: Barack Obama has a sinister power behind him, how else do you explain his success? He forced Congress to vote on Obamacare without even reading what was in it, and they passed it through with flying colors. Now he is doing the exact same thing with the awful, demonic Iranian Nuclear Deal. Hiding key concessions from Congress, yet still somehow getting them to vote on it. You are watching the Devil in action.

Under the terms of the Joint Comprehensive Plan of Action (JCPOA), the International Atomic Energy Agency would negotiate separately with Iran about the inspection of a facility long-suspected of being used to research long-range ballistic missiles and nuclear weapons.

“The Obama administration has failed to make public separate side deals that have been struck for the ‘inspection’ of one of the most important nuclear sites—the Parchin military complex,” said Representative Mike Pompeo (R., Kan.) in a statement Tuesday. “Not only does this violate the Iran Nuclear Agreement Review Act, it is asking Congress to agree to a deal that it cannot review.” The IAEA has been trying to gain access to the Parchin site since 2005, but Iran has refused, even as it apparently demolished various parts of the complex. “The hardliners do not want to grant any concessions unless Iran is suitably rewarded,” International Institute for Strategic Studies director Mark Fitzpatrick told the BBC in 2014, after reports emerged of explosions at the base.

The terms of the current agreement wouldn’t allow Congress to review any concessions the IAEA makes to get into the site. “Even members of Congress who are sympathetic to this deal cannot and must not accept a deal we aren’t even aware of,” said Pompeo.

The IAEA will also separately negotiate “how the IAEA and Iran will resolve outstanding issues on possible military dimensions of Iran’s nuclear program,” according to a release from Pompeo’s office. Senator Tom Cotton (R., Ark.) and Pompeo, who serves on the House Intelligence Committee, learned of the arrangement while meeting with the IAEA in Vienna, Austria last week. “That we are only now discovering that parts of this dangerous agreement are being kept secret begs the question of what other elements may also be secret and entirely free from public scrutiny,” Cotton said in a statement to the press. source