The White House blew the cover of the top CIA agent in Afghanistan on Sunday, when the person’s name was included on a list given to reporters during a... 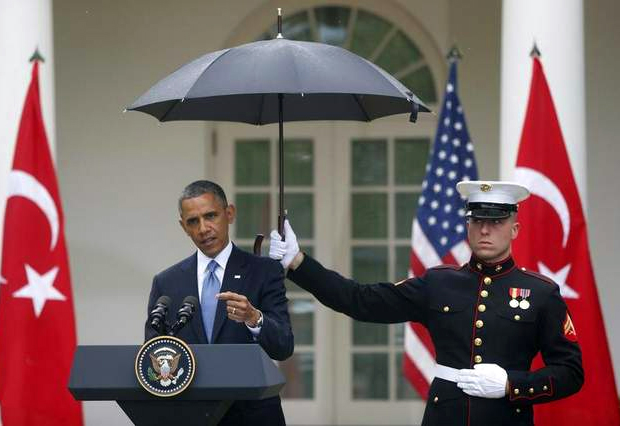 Did they do it on purpose?

The White House blew the cover of the top CIA agent in Afghanistan on Sunday, when the person’s name was included on a list given to reporters during a visit to the country by President Barack Obama. The name was then emailed by the White House press office to a distribution list of more than 6,000 recipients, mostly members of the US media.

The agent in question, listed as chief of station, would be a top manager of CIA activity in Afghanistan, including intelligence collection and a drone-warfare programme under which unmanned aerial vehicles mount cross-border attacks into Pakistan.

The name appeared on a list of attendees requested by White House officials for the president’s visit to Bagram air base to mark Memorial Day, the national day of tribute to fallen service members. The list of 15 people was drawn up by the military, written into a routine press report and sent to Washington. The Obama press office then sent the list, unredacted, to the larger group.

The mistake did not come to light until the reporter who had filed from Afghanistan, the veteran Washington Post correspondent Scott Wilson, looked more closely at what he had sent and noticed the name and title.

“I drew it to their attention before they had noticed what had happened,” Wilson said on Monday, hours after returning from the 33-hour trip overseas.


“I asked the press official that was with us on the trip if they knew that the station chief had been identified in the list. That person said that they did not know that, but that because the list was provided by military, they assumed it was OK. By this time the list was out.


“Soon after, I think that they talked to their bosses, and realised that it was not OK. And they tried to figure out what to do about this, if there was a way to kind of un-ring the bell.”


The name was left off of a subsequent report filed from Bagram.


The White House declined to comment on Monday on the disclosure. It was unclear whether or how the disclosure would affect US intelligence operations in Afghanistan. An internet search for the name turned up no results.


It is extremely rare for a US intelligence operative to be outed by the US government. In 2003, someone inside the George W Bush administration exposed the identity of CIA operative Valerie Plame, a month after her husband, the diplomat Joe Wilson, had publicly questioned the administration’s case for the Iraq war. Lewis “Scooter” Libby, former chief of staff to then-vice-president Dick Cheney, was convicted of obstruction of justice and perjury in connection with the case.

Members of the CIA’s operations arm, called the National Clandestine Service, are typically given cover identities to protect both them and sources they have recruited abroad. A station chief, who manages all CIA operations in a country, is often a senior officer whose true name is known to the host nation and other intelligence agencies. The term “station chief” is sensitive enough, however, that former officers usually are not allowed to use it in their resumés in connection with specific countries, even after their covers have been lifted.

Because the Afghanistan station chief is known to Afghan officials and lives in a heavily guarded compound, he may be able to continue in his job. In 2010 the CIA station chief in Pakistan, Jonathan Bank, wasevacuated after local newspapers published his name in connection with a lawsuit, and he was threatened.

Wilson said time pressure, a high level of activity tied to the president’s visit and the relative inexperience of the military officers involved could have contributed to the mistake.


“My impression is these were very junior people trying to follow an order, that they don’t fully understand or get the ramifications of,” he said.


“There were a number of misunderstandings and mistakes, including my own failure to review the list before including it in my email, in my pool report.