Sen. Susan Collins on Wednesday blasted the Defense Department for classifying the Fort Hood massacre as workplace violence and suggested political correctness is being placed above the security of... 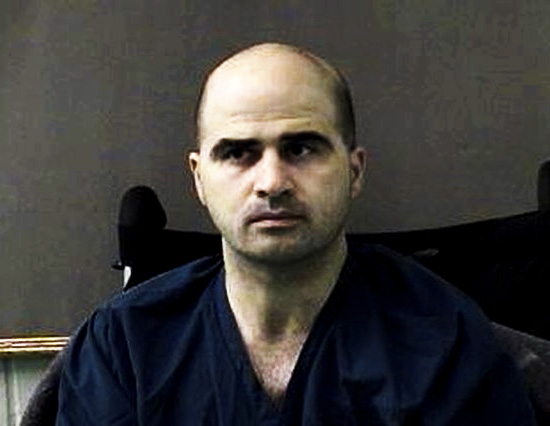 Major Nidal Hasan, a former Army psychiatrist, who is being held for the attacks, allegedly was inspired by radical U.S.-born cleric Anwar al-Awlaki, who was killed in a U.S. drone strike in Yemen in late September.
by Geoffrey Grider December 7, 2011
NOW THE END BEGINS SHARE:

Sen. Susan Collins on Wednesday blasted the Defense Department for classifying the Fort Hood massacre as workplace violence and suggested political correctness is being placed above the security of the nation’s Armed Forces at home.

Major Nidal Hasan, a former Army psychiatrist, who is being held for the attacks, allegedly was inspired by radical U.S.-born cleric Anwar al-Awlaki, who was killed in a U.S. drone strike in Yemen in late September.

During a joint session of the Senate and House Homeland Security Committee on Wednesday, the Maine Republican referenced a letter from the Defense Department depicting the Fort Hood shootings as workplace violence. She criticized the Obama administration for failing to identify the threat as radical Islam.

Thirteen people were killed and dozens more wounded at Fort Hood in 2009, and the number of alleged plots targeting the military has grown significantly since then. Lawmakers said there have been 33 plots against the U.S. military since Sept. 11, 2001, and 70 percent of those threats have been since mid-2009. Major Nidal Hasan, a former Army psychiatrist, who is being held for the attacks, allegedly was inspired by radical U.S.-born cleric Anwar al-Awlaki, who was killed in a U.S. drone strike in Yemen in late September. The two men exchanged as many as 20 emails, according to U.S. officials, and Awlaki declared Hasan a hero.

The chairman of the Senate Homeland Security Committee, Connecticut independent Sen. Joe Lieberman, said the military has become a “direct target of violent Islamist extremism” within the United States.

“The stark reality is that the American service member is increasingly in the terrorists’ scope and not just overseas in a traditional war setting,” Lieberman told Fox News before the start of Wednesday’s hearing.

Both Pimentel and Abdo also allegedly drew inspiration from al-Awlaki and the online jihadist magazine Inspire, which includes a spread on how to “Make a Bomb in the Kitchen of Your Mom.”

“And if they (military personnel) can be killed, then that is a great propaganda victory for al Qaeda,” King told Fox News.

King said there is also evidence that extremists have joined the services.

A second private was also injured in the Arkansas attack. Both victims had just finished basic training and had not been deployed. They were outside the Arkansas recruitment center when the shooter opened fire from a passing truck. The shooter, Carlos Bledsoe, pleaded guilty to the crime earlier this year.

In a letter to the court, Bledsoe said he carried out the attack on behalf of al Qaeda in Yemen — the group that was behind the last two major plots targeting the U.S. airline industry.

“My faith in government is diminished. It invents euphemisms … Little Rock is a drive by and Fort Hood is just workplace violence. The truth is denied,” Long testified.

King said the web is the driver of the new digital jihad.

“It enables people — rather than having to travel to Afghanistan to learn about jihad or to be trained, they can do it right over the Internet,” he said. “And this is a growing role.”

And while Awlaki and his colleague Samir Khan, who was behind the magazine Inspire, were killed in a CIA-led operation in September, King warned against overconfidence that al Qaeda in Yemen was done.

“This is a definite short-term victory for us. There’s no doubt they are going to regroup, that there will be others who will be providing Internet data, inspiration to jihadists in this country, instructions on how to make bombs,” he said.

While King was heavily criticized, in some quarters, for launching his hearings 10 months ago on homegrown terrorism, the congressman said the joint session shows the threat is legitimate, and recognized as such by other members of Congress.

“To me it’s a validation of what I’ve been trying to do all year,” King emphasized. “There’s a definite threat from Islamic radicalization in various parts of our society, including within the military, and we can’t allow political correctness to keep us from exposing this threat for what it is.” source – Fox News