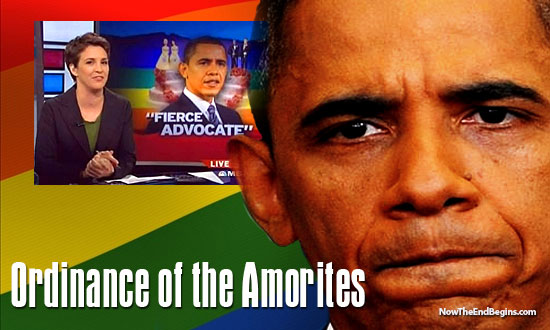 For Obama, its not about 'tolerance', its about pushing the hard left Gay agenda as official US policy
by Geoffrey Grider December 6, 2011
NOW THE END BEGINS SHARE:

The Ordinance of the Amorites is now official policy

For Obama, its not about 'tolerance', its about pushing the hard left Gay agenda as official US policy

The new initiative holds the potential to irritate relations with some close American allies that ban homosexuality, including Saudi Arabia.

But Secretary of State Hillary Rodham Clinton underscored Mr. Obama’s remarks, in a speech delivered in Geneva in connection with International Human Rights Day on Dec. 10.

“I am not saying that gay people can’t or don’t commit crimes,” she said. “They can and they do. Just like straight people. And when they do, they should be held accountable. But it should never be a crime to be gay.”

The directive comes after the Parliament in Uganda decided to reopen a debate on a controversial bill that seeks to outlaw homosexuality, a move that could be expanded to include the death penalty for gay men and lesbians. That bill had been shelved earlier this year amid widespread international condemnation.

“I am deeply concerned by the violence and discrimination targeting L.G.B.T. persons around the world,” Mr. Obama said in the memorandum, referring to lesbian, gay, bisexual and transgender people, “whether it is passing laws that criminalize L.G.B.T. status, beating citizens simply for joining peaceful L.G.B.T. pride celebrations, or killing men, women and children for their perceived sexual orientation.”

Specifically, Mr. Obama said in the memorandum that the State Department would lead other federal agencies to help ensure that the government provides a “swift and meaningful response to serious incidents that threaten the human rights” of gay, lesbian, bisexual and transgender people abroad.

It was not immediately clear whether that would mean a cut-off of American aid to countries that target the gay community, but it suggests that American agencies will have expanded tools to press foreign countries that are found to abuse the rights of gays, lesbians and others. 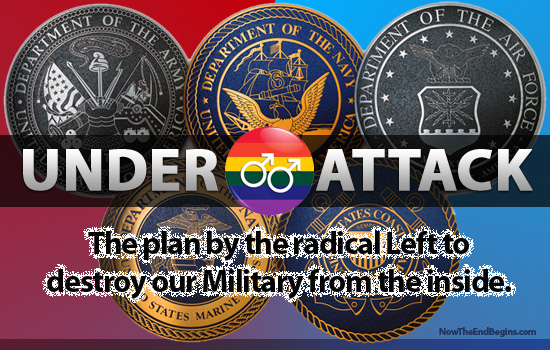 Based on findings in the State Department’s latest annual human rights report, several countries, including several vital American allies, could face increased pressure over their treatment of gays and others.

The report said that in Saudi Arabia, under Sharia law as interpreted in the country, “sexual activity between two persons of the same gender is punishable by death or flogging. It is illegal for men ‘to behave like women’ or to wear women’s clothes and vice versa.”

The law in Afghanistan “criminalizes homosexual activity, but authorities only sporadically enforced the prohibition,” the report said. And in Pakistan, homosexual intercourse is a criminal offense, though rarely prosecuted.

Homosexuality is accepted in most of Europe. In India, the law permits consensual sexual activities between adults. In China, according to the report, “no laws criminalize private homosexual activity between consenting adults,” and “homosexuality was decriminalized in 1997 and removed from the official list of mental disorders in 2001.”

The annual State Department rights reports already provide one tool for influencing foreign treatment of gays and lesbians, through the “shaming” function of those reports. Mr. Obama’s memorandum called for similar, separate annual reports on treatment of lesbian, gay, bisexual and transgender people.

With the 2012 presidential campaign already under way, Mr. Obama’s action was bound to be viewed through a political lens, and it drew fire almost immediately from one Republican candidate, Gov. Rick Perry of Texas. Saying he had seen news reports that the Obama administration “wants to make foreign aid decisions based on gay rights,” Mr. Perry said in a statement, “This administration’s war on traditional American values must stop.”

He added: “President Obama has again mistaken America’s tolerance for different lifestyles with an endorsement of those lifestyles. I will not make that mistake.”

Gay people tend to vote Democratic more than Republican, and have generally been supportive of Mr. Obama, with many praising his move to repeal the ban on gay people serving openly in the military. But he has faced criticism for failing to clearly support a right of same-sex couples to marry.

Mr. Obama has frequently made use of presidential directives to protect the rights of gays and lesbians, particularly when political sensitivities might have made legislative action impractical. source – New York Times