After the most expensive campaign in U.S. history, President Obama is dropping his principled objection to some forms of political fundraising to help pay for the post-election party.... 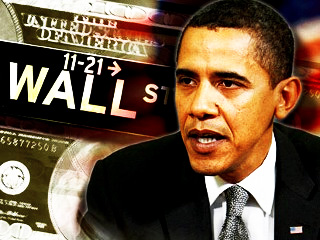 Obama is loving him some Wall Street right about now

After the most expensive campaign in U.S. history, President Obama is dropping his principled objection to some forms of political fundraising to help pay for the post-election party.

ABC News has learned that the Presidential Inaugural Committee will accept unlimited corporate donations to help fund Obama’s inauguration festivities next month, reversing a voluntary ban on the money he imposed on the inaugural four years ago and during the 2012 Democratic National Convention.

The shift appeared to be driven by fundraising challenges in the wake of a multi-billion dollar campaign. Obama and GOP nominee Mitt Romney each raised north of $1 billion for the election cycle – historic highs – according to Federal Election Commission filings released Thursday.