The United States has indirectly informed Iran, via two European nations, that it would not back an Israeli strike against the country's nuclear facilities, as long as Tehran refrains... 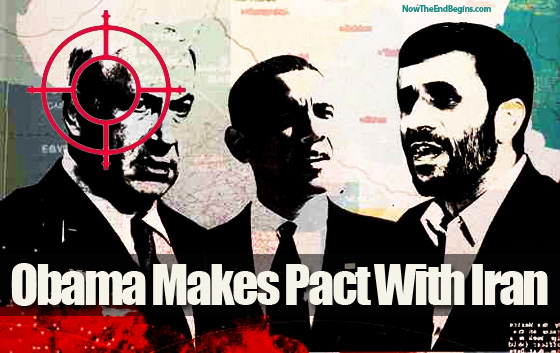 The United States has indirectly informed Iran, via two European nations, that it would not back an Israeli strike against the country’s nuclear facilities, as long as Tehran refrains from attacking American interests in the Persian Gulf, Yedioth Ahronoth reported Monday.

Israeli officials reported an unprecedented low in the two nations’defense ties, which stems from the Obama administration’s desire to warn Israel against mounting an uncoordinated attack on Iran.

According to the report, Washington used covert back-channels in Europe to clarify that the US does not intend to back Israel in a strike that may spark a regional conflict.

In return, Washington reportedly expects Iran to steer clear of strategic American assets in the Persian Gulf, such as military bases and aircraft carriers. The New York Times reported Monday that US President Barack Obama is promoting a series of steps meant to curb an Israeli offensive against Iran, while forcing the Islamic Republic to take the nuclear negotiations more seriously.

One of the steps considered is “an official declaration by Obama about what might bring about American military action, as well as covert activities that have been previously considered and rejected,” the report said.

Several of Obama’s top advisors believe that Jerusalem is seeking an unequivocal American statement regarding a US strike on Iran – should it actively pursue a nuclear bomb. Israel hopes such a statement is made during Obama’s address before the UN General Assembly on September 25.

Others in the White House said Israel is trying to drag the US into an unnecessary conflict in the Gulf. White House spokesman Jay Carney said Monday that “There is absolutely no daylight between the United States and Israel when it comes to preventing Iran from getting a nuclear weapon.”

Carney said that all options remain on the table for Iran. He said the “window for diplomacy remains open,” adding that the diplomatic process remains the best way to deal with the Islamic Republic, though “that window will not remain open indefinitely.”

According to the New York Times, Washington has also sent Iran a back-channel deal suggesting they curb their nuclear ambitions, but Tehran rejected the deal, saying no agreement is possible sans lifting all West-imposed sanctions.

According to the report, the Obama administration is exploring the possibility of mounting a covert operation, as well as waging a “quiet” cyber war against Iran. President Obama had previously rejected the notion, fearing such cyber assaults would wreak havoc on Iranian civilian life.

Later in September, the United States and more than 25 other nations will hold the largest-ever minesweeping exercise in the Persian Gulf, in what military officials say is a demonstration of unity and a defensive step to prevent Iran from attempting to block oil exports through the Strait of Hormuz. In fact, the United States and Iran have each announced what amounted to dueling defensive exercises to be conducted this fall, each intended to dissuade the other from attack. source – YNET News