A majority in both the Senate and House — 52 senators, 238 House members — have joined to oppose the Obama administration's move to ban a popular type of... 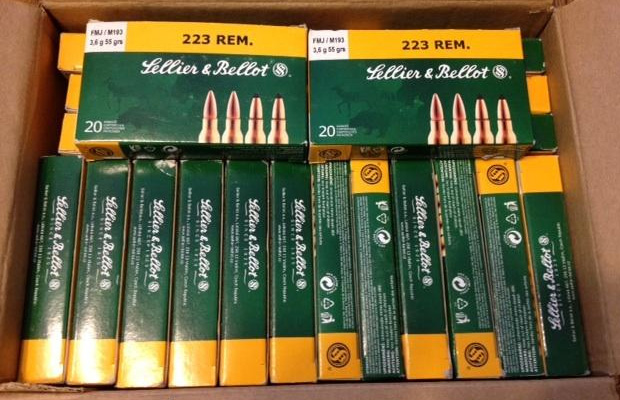 A majority in both the Senate and House — 52 senators, 238 House members — have joined to oppose the Obama administration’s move to ban a popular type of ammo used in the top-selling AR-15 rifle and pistol because it pierces police body armor.

Concerns were also raised that the Obama administration is targeting other ammo, a charge made by the National Rifle Association last week.

In their letter, the senators said that the 5.56 M855 “green tip” cartridge was exempted in a 1986 law, along with other rifle ammo from bans on armor-piercing rounds. The reason: popular rifle ammo is typically not used in shootouts with police.

They also raised new concerns that the administration appears poised for a much wider ammo ban.

“Second Amendment rights require not only access to firearms but to bullets. If law-abiding gun owners cannot obtain rifle ammunition, or face substantial difficulty in finding ammunition available and at reasonable prices because government entities are banning such ammunition, then the Second Amendment is at risk,” said Grassley’s letter.

The ATF has proposed banning the ammo because it has concerns that the popularity of AR-15 pistols might mean a greater threat to police. Foes of the move, including a top police group, however, say there is no evidence the $1,000 pistols have been used against police. Others note that the metals used in the ammo are not included in the old law’s description of armor-piercing bullets.

“These cartridges are prevalent for one of the most commonly possessed rifles, the AR-15. Congress did not, and did not intend to, ban this form of ammunition,” wrote Grassley of the1986 Law Enforcement Officer Protection Act.

Read the rest of the story at The Washington Examiner…