The Obama administration has intensified the American covert war in Yemen, exploiting a growing power vacuum in the country to strike at militant suspects with armed drones and fighter... 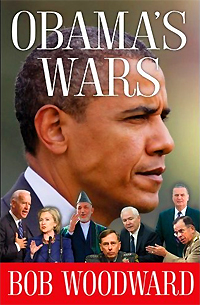 U.S. Is Intensifying a Secret Campaign of Yemen Airstrikes

WASHINGTON — The Obama administration has intensified the American covert war in Yemen, exploiting a growing power vacuum in the country to strike at militant suspects with armed drones and fighter jets, according to American officials.

The acceleration of the American campaign in recent weeks comes amid a violent conflict in Yemen that has left the government in Sana, a United States ally, struggling to cling to power. Yemeni troops that had been battling militants linked to Al Qaeda in the south have been pulled back to the capital, and American officials see the strikes as one of the few options to keep the militants from consolidating power.

On Friday, American jets killed Abu Ali al-Harithi, a midlevel Qaeda operative, and several other militant suspects in a strike in southern Yemen. According to witnesses, four civilians were also killed in the airstrike. Weeks earlier, drone aircraft fired missiles aimed at Anwar al-Awlaki, the radical American-born cleric who the United States government has tried to kill for more than a year. Mr. Awlaki survived.

The recent operations come after a nearly year-long pause in American airstrikes, which were halted amid concerns that poor intelligence had led to bungled missions and civilian deaths that were undercutting the goals of the secret campaign.

The American campaign in Yemen is led by the Pentagon’s Joint Special Operations Command, and is closely coordinated with the Central Intelligence Agency. Teams of American military and intelligence operatives have a command post in Sana, the Yemeni capital, to track intelligence about militants in Yemen and plot future strikes. source – NY Times