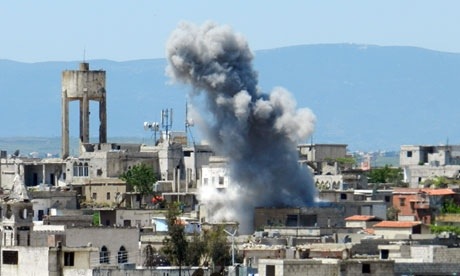 NTEB FLASHBACK: Obama Promises That A Syrian Chemical Attack Would Be An Uncrossable ‘Red Line’

BEIRUT/AMMAN (Reuters) – Syrian activists accused President Bashar al-Assad’s forces of launching a gas attack that killed nearly 500 people on Wednesday, in what would, if confirmed, be by far the worst reported use of chemical arms in the two-year-old civil war. 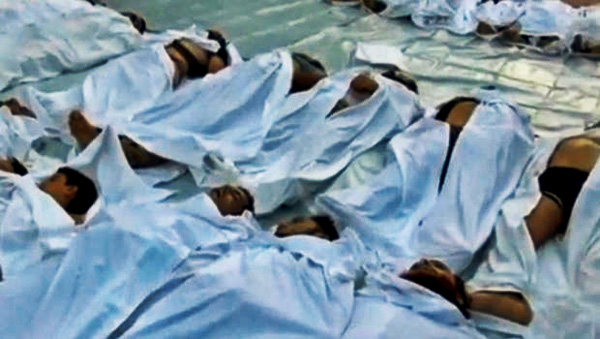 An opposition monitoring group, citing figures compiled from medical clinics in the Damascus suburbs, put the death toll at 494 – 90 percent of them killed by gas, the rest by bombing and conventional arms.

Images, including some taken by freelance photographers and supplied to Reuters, showed scores of bodies including of small children, laid out on the floor of a clinic with no visible signs of injuries. Reuters was not independently able to verify the cause of their death.

Western countries called urgently for the inspectors to be dispatched to the scene to investigate what would be the deadliest single incident of the Syrian war. If confirmed, it would also be the worst known use of chemical weapons since Iraqi leader Saddam Hussein gassed thousands of Kurds in the town of Halabja in 1988.

The Damascus Media Office monitoring centre said 150 bodies were counted in Hammouriya, 100 in Kfar Batna, 67 in Saqba, 61 in Douma, 76 in Mouadamiya and 40 in Irbib, all suburbs of Damascus. source – Reuters