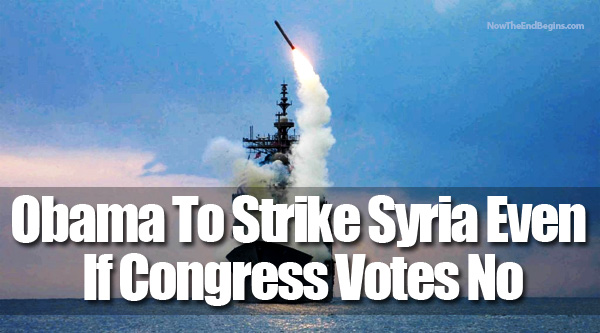 Obama’s Secret Service codename is RENEGADE, and he has no intention something as insignificant as Congress voting no stop him from inflicting his blood lust on Syria in support of the Al-Qaeda rebels.

“And the king shall do according to his will; and he shall exalt himself, and magnify himself above every god, and shall speak marvellous things against the God of gods, and shall prosper till the indignation be accomplished: for that that is determined shall be done..” Daniel 11:36

ABC News: US is planning an aerial strike in addition to a salvo of Tomahawk missiles from Navy destroyers.

Despite statements from both US President Barack Obama and Secretary of State John Kerry that a US-led strike on Syria would be a “limited and tailored” military attack, ABC News reported on Thursday that the strike planned by Obama’s national security team is “significantly larger” than most have anticipated.

According to ABC News, in additional to a salvo of 200 Tomahawk cruise missiles fired from four Navy destroyers stationed in the eastern Mediterranean, the US is also planning an aerial campaign that is expected to last two days.

This campaign potentially includes an aerial bombardment of missiles and long range bombs from US-based B-2 stealth bombers that carry satellite-guided bombs, B-52 bombers, that can carry air-launched cruise missiles and Qatar-based B-1s that carry long-range, air-to-surface missiles, both ABC News and The New York Times reported.

“This military strike will do more damage to [Syrian President Bashar] Assad’s forces in 48 hours than the Syrian rebels have done in two years,” a national security official told ABC News.

Meanwhile, Obama has directed the Pentagon to expand the list of potential targets in Syria following reports Assad’s forces have moved troops and equipment used to employ chemical weapons in anticipation of the US-led strike against them, the Times reported on Thursday.

In order to degrade Assad’s ability to use chemical weapons, the list of 50 or so major sites has to be expected, officials told the Times.

US military chief of staff Martin Dempsey said targets would also include equipment used to protect the chemicals – air defenses, long-range missiles and rockets. The attack would not target the chemical stockpiles in fear that doing so could cause catastrophe.

A single Tomahawk missile costs $1.5 million, while keeping some ships in the area would cost millions more, Navy chief Admiral Jonathan Greenert said on Thursday, but those numbers are “not extraordinary at this point.”

In addition to the four destroyers the US Navy currently has stationed in the Mediterranean, aircraft carrier Nimitz and accompanying warships are ready at the Red Sea in case they are needed. The carrier strike group costs up to $40 million a week if the aircraft on board are engaged in combat-related flights, while routine operations cost $25 million a week, Greenert said. source – JPost 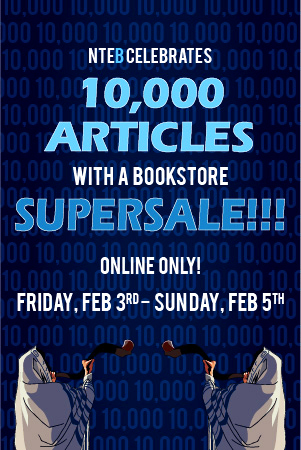 Join Us This Weekend At The Bookstore For Our 72-Hour Online ‘SuperSale!’ With 100 On-Sale Items Celebrating NTEB Publishing 10,000 Articles

NTEB RADIO BIBLE STUDY: The Bible Calls Us Who Are Saved To Be Good Stewards Of The Manifold Grace Of God, Let’s Find Out What That Means

In God’s Medicine Chest, Manuka Honey And Cinnamon Are Two Amazing Things That Will Supercharge Your Immune System Against Respiratory Illnesses