Obama Is A Sad, Deluded Liar Who Needs To Go

President Barack Obama altered his health care promise on Monday evening in a speech to about 200 of his campaign supporters and health care activists, claiming “what we said... 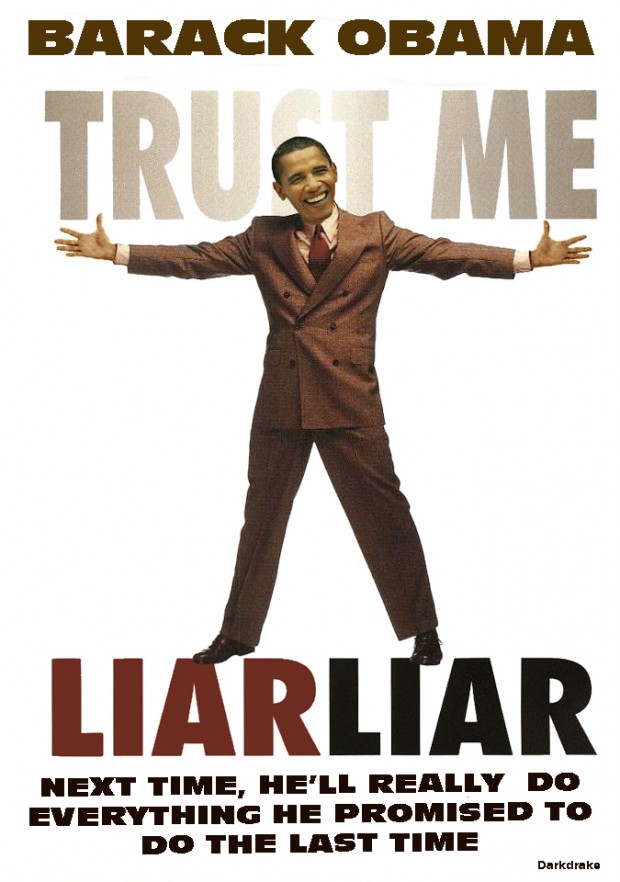 You have to give Obama credit for one thing, he is a great liar. He has taken the previous liberal lair high water mark of “I don’t know that woman, Miss Lewinsky” to levels unimagined heretofore.

He has spent the last 2.5 years repeating his mantra of “if you like your health plan, you can keep your health plan” so often and at so many public events that one would imagine misquoting him on this would be nigh to impossible. Yet, today he looked calmly into the cameras, opened his mouth, said a silent prayer to his god, and attempted a lie of such magnitude that even his own press secretary said “I give up.”

WASHINGTON (TheBlaze/AP) — President Barack Obama altered his health care promise on Monday evening in a speech to about 200 of his campaign supporters and health care activists, claiming “what we said was” you can keep your health care plan “if it hasn’t changed since the law’s passed.”

“Ye are of your father the devil, and the lusts of your father ye will do. He was a murderer from the beginning, and abode not in the truth, because there is no truth in him. When he speaketh a lie, he speaketh of his own: for he is a liar, and the father of it.” John 8:44

Obama regularly promised that Americans could keep their heath care plans under Obamacare, many times emphasizing the point with a “period.” However, he never included the very important “if” that he added on Monday.

The president also sympathy for Americans who are getting kicked off their health insurance plans, but says they were often getting “a very bad deal.”

Obama says his health care plan is making the insurance market better for everyone, even though millions of Americans who buy individual plans have been receiving cancellation notices.

Obama said he knows cancellation notices “can be scary for people.” But he says virtually every insurer is offering newer, better plans.

He acknowledged that technical problems with the health care website to shop for insurance are making it tougher for people to find other plans. He says he’s “not happy about it,” but promised, quote, “We’re going to smooth this thing out.” source -Blaze