President Obama, in a historic first for the Pentagon, has chosen to nominate Eric Fanning to lead the Army, a move that would make him the first openly gay... 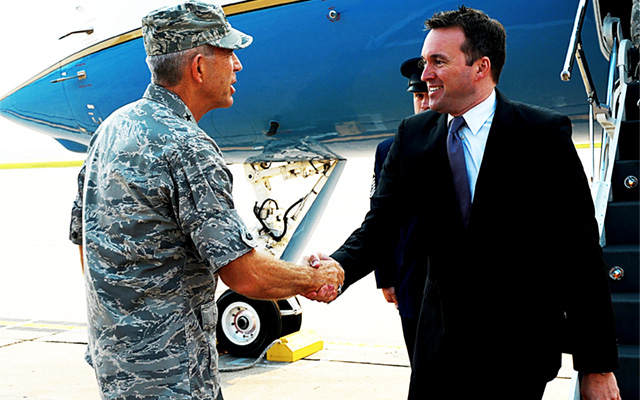 President Obama, in a historic first for the Pentagon, has chosen to nominate Eric Fanning to lead the Army, a move that would make him the first openly gay civilian secretary of one of the military services.

Fanning’s nomination is the latest in a series of actions taken by the administration to advance the rights of gays and lesbians throughout the federal government. The Obama administration has overhauled internal policies to provide benefits to same-sex partners, appointed gay men and lesbians to the executive branch and the federal bench and ended the 18-year ban on gays serving openly in the military.

For the first time in American history, the United States Army will be run by an openly-homosexual man.

Fanning, who must still be confirmed by the Senate, has been a specialist on defense and national security issues for more than 25 years in Congress and the Pentagon. As Army secretary, he would be partnered with Gen. Mark Milley, who took over as the Army’s top general in August. Together the two men would assume responsibility for the Pentagon’s largest and most troubled service.

“Eric brings many years of proven experience and exceptional leadership to this new role,” Obama said in a statement. “I look forward to working with Eric to keep our Army the very best in the world.”

The Army, which swelled to about 570,000 active duty troops, has shed about 80,0000 soldiers from its ranks in recent years and plans to cut 40,000 more over the next few years. Those planned cuts would shrink the service to its smallest size of the post-World War II era. source