The Obama administration is filled with Muslims, Marxists, Socialists and Communists, but it is a rare occurrence and highly-regrettable slip-up on their part to actually allow the proof of... 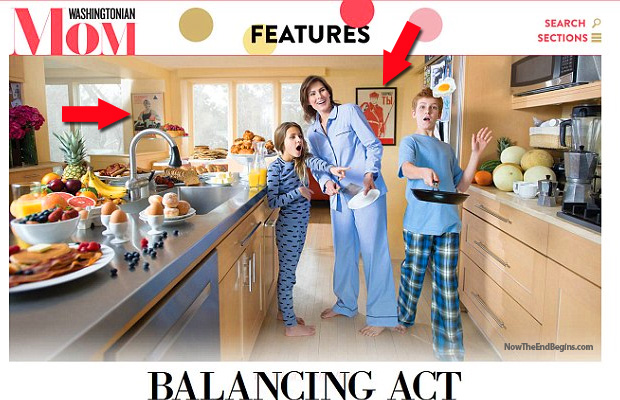 Pulling back the curtain on Obama’s Marxist administration

Just mere weeks after Beltway magazine Washingtonian Mom ran of spread of Obama Press Secretary Jay Carney and his family, Mr. Carney abruptly resigned his office. Now what event could have prompted such a rash exit?

The photoshoot that ended the career of Obama’s press secretary Jay Carney, Read and share.

Perhaps it was when the photos were published, it revealed that the walls of Jay Carney’s home are covered in Stalin-era Pro-Communist propaganda posters, as shown in much larger size below: 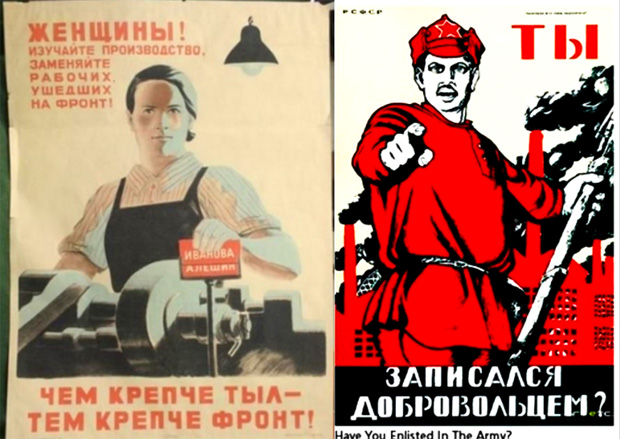 Business Insider explains that the photo on the right is “a version of this iconic design by artist Dmitry Moor with a soldier pointing his finger alongside text that says ‘Have YOU Enlisted?’ in Russian.” “The woman in the poster is switching out a tag with a man’s name to one with hers and the text says: ‘Women! Learn production, replace workers who went to the front! The stronger the hinterland – the stronger the front!’”

The Obama administration is filled with Muslims, Marxists, Socialists and Communists, but it is a rare occurrence and highly-regrettable slip-up on their part to actually allow the proof of their affiliations to be made public knowledge.

But this is an election year, so Carney was instructed to fall on his sword at the behest of Dear Leader in the hopes that the short-memoried American voting public will soon forget.