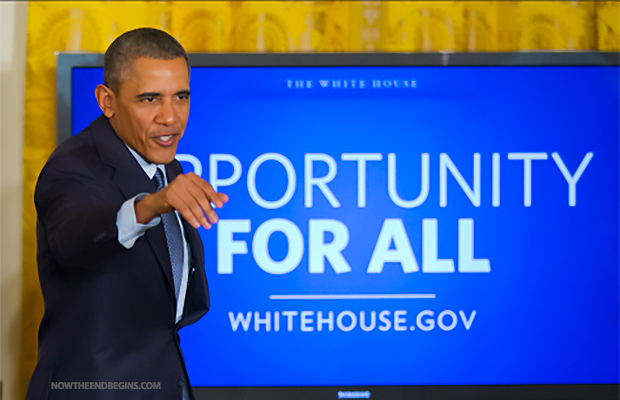 President Barack Obama is considering executive actions that will give them more guest-worker visas in the high-tech and low-skilled sectors.

When America elected it’s first-ever black president, people of color were thrilled beyond measure. For the first time, they exclaimed, we now have someone who truly represents us working on our side at the highest levels of government. But 5 and a half years later, that excitement has turned to tragic disappointment when it was revealed that the number of African-Americans participating in the work force hit absolute rock bottom:

Now it has come to light that not only has Obama abandoned the cause of black Americans in this country, he is actively working to bring in foreign workers ahead of them. Breitbart reports that this may come on top of Obama’s potential grants of amnesty and work permits to millions of illegal immigrants in the country. While outside groups are urging Obama to “go big,” Senate Democrats have expressed some concerns of late, as poll numbers have shown that executive amnesty may cost them control of the Senate. The White House is reportedly reaching out to big-business groups on guest-worker visas so they can give Obama air cover on his potential executive amnesty.

According to a Politico report, senior White House aides earlier this month met with “more than a dozen business groups and company officials to discuss potential immigration policy changes they could make.” According to the outlet, “Oracle, Cisco, Fwd.US, Microsoft, Accenture, Compete America, and the U.S. Chamber of Commerce” were represented at the meeting.