A German Army brigadier general is assuming duties as the chief of staff of U. S. Army Europe, the first time a non-American officer has held that position.... 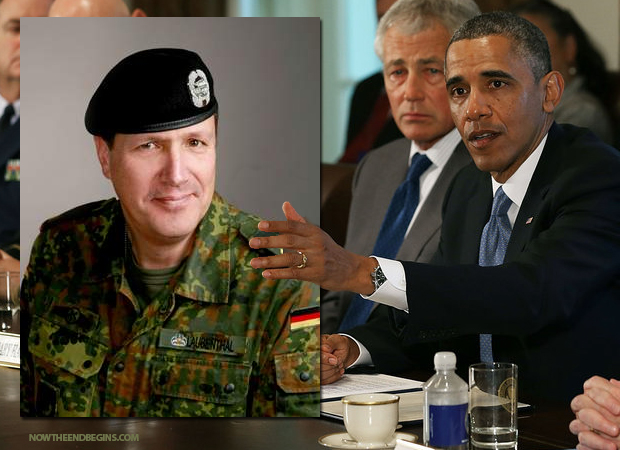 Another Obama first in destroying our national sovereignty

“‘Tis our true policy to steer clear of permanent Alliances, with any portion of the foreign world.” George Washington, Farewell Address, September 19, 1796

A German Army brigadier general who recently served with NATO forces in Afghanistan is assuming duties as the chief of staff of U. S. Army Europe, the first time a non-American officer has held that position.

Army sources in Europe said the first-ever assignment of a German general to the USAREUR staff is unrelated to the political furor over the spying revelations, but does reflect the increased importance of multinational operations in NATO.

Brig. Gen. Markus Laubenthal, most recently the commander of Germany’s 12th Panzer Brigade in Amberg, and chief of staff of Regional Command North, International Security Assistance Force Afghanistan, will be stationed at USAREUR headquarters, Wiesbaden, Germany. He could report to duty as early as Monday.