Obama Objects To Religious Liberty Amendment To Protect US Soldiers

With its statement, the White House is now endorsing military reprimands of members who keep a Bible on their desk or express a religious belief... 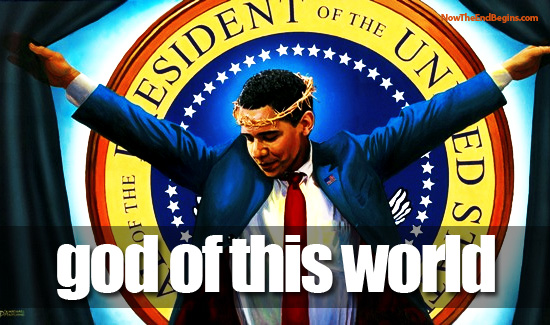 Obama objects to all forms of worship that are not directed at him
by Geoffrey Grider June 13, 2013
NOW THE END BEGINS SHARE:

Reviving the persecution of Christians and Jews

The Obama Administration “strongly objects” to a proposed amendment to the National Defense Authorization Act on Wednesday that would have protected the religious rights of soldiers – including evangelical Christian service members who are facing growing hostility towards their religion.

The amendment was authored by Rep. John Fleming, R-La. It would have “required the Armed Forces to accommodate ‘actions and speech’ reflecting the conscience, moral, principles or religious beliefs of the member.”

The Obama Administration said the amendment would have a “significant adverse effect on good order, discipline, morale, and mission accomplishment.”

“With its statement, the White House is now endorsing military reprimands of members who keep a Bible on their desk or express a religious belief,” Fleming told Fox News. “This administration is aggressively hostile towards religious beliefs that it deems to be politically incorrect.”

Fleming introduced the amendment after a series of high-profile incidents involving attacks on religious liberty within the military- including an Air Force officer who was told to remove a Bible from his desk because it might give the impression he was endorsing a religion.

He said there are other reports of Christian service members and chaplains being punished for their faith:

Last month Coast Guard Rear Admiral William Lee told a National Day of Prayer audience that religious liberty was being threatened by Pentagon lawyers and service members are being told to hide their faith in Christ.

“Leaders like myself are feeling the constraints of rules and regulations and guidance issued by lawyers that put us in a tighter and tighter box regarding our constitutional right to express our religious faith,” he said.

Fleming said the purpose of his amendment is to clarify ambiguities in the Pentagon’s policies.

“The bottom line is the military is bending over backwards to remove – even in the case of chaplains – expressions of faith and conscience,” Fleming said.

“The Obama administration has joined forces with those who are attacking the religious freedoms of those who serve in our Armed Services,” Perkins said. “The Administration’s opposition to Rep. Fleming’s religious freedom amendment reveals that this administration has gone beyond accommodating the anti-Christian activists who want to remove any vestige of Christianity from the military, to aiding them by blocking this bipartisan measure.” source – Fox News