Obama Lied! US IS Sending Ground Troops To Libya

Twenty-two hundred Marines and sailors from Camp Lejeune are preparing to deploy off the coast of Libya in northern Africa. They said goodbye to their families Monday afternoon, and... 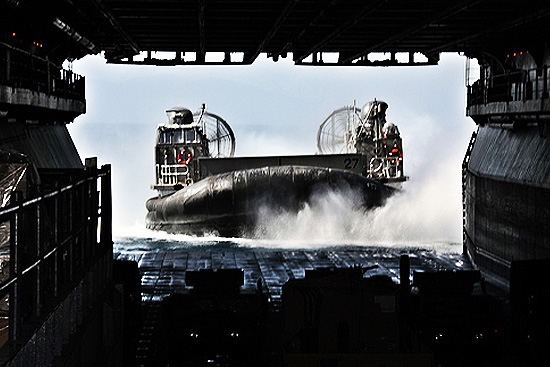 Like most of the words that come out of the mouth of Barack Obama, the’re not true. Just last week President Obama said that a). the operation in Libya would only last a few days, and b). that the United States would not be sending ground troops to the fight in Libya. So what do you call the 2,200 Marines from Camp Lejeune who are in the process right now of preparing to deploy to the fight in Libya?

CAMP LEJEUNE (WTVD) — Twenty-two hundred Marines and sailors from Camp Lejeune are preparing to deploy off the coast of Libya in northern Africa. They said goodbye to their families Monday afternoon, and they’ll be leaving in the days ahead.

The 22nd Marine Expeditionary Unit was set to deploy to the Mediterranean later this year but that got bumped up once NATO forces launched an air assault on Libya. The unit is relieving the 26th MEU, which took part in some of the initial assaults. The 22nd is a Marine, air and ground task force. Some are trained for aviation combat, others for ground combat. They can handle evacuations and humanitarian missions too.

The Marines and sailors are being bused to the Morehead City Port Monday evening. They’ll board the USS Bataan and set sail for Libya in a few days.” source – ABC Local