Obama Issues No Statement After U.S. General Killed By Islamic Terrorists In Kabul

Army Maj. Gen. Harold J. Greene of Falls Church, Va., was the highest-ranking member of the U.S. military to die in the line of duty since the Sept. 11,... 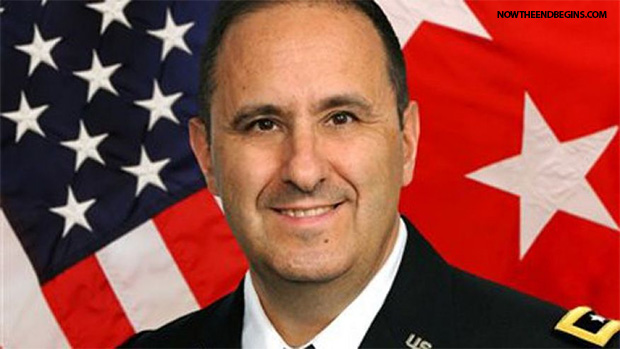 Before writing this article, I took a quick trip to the official White House website where I wanted to see what type of statement Obama has issued in the aftermath of the shooting death of a U.S. general by Muslim terrorists in Afghanistan. What I found there was exactly what I have come to expect from Obama. I found nothing. Then I went to the official White House Facebook page, and guess what I found? More nothing. Not even a mention. But there was a story on Obama signing the Cellphone Unlocking Bill.

The U.S. general who was shot and killed in an apparent insider attack in Kabul on Tuesday had served in the American military for more than three decades and was a key player in the current U.S. effort to stand up Afghan security forces.

“This would be the highest ranking death since 9/11,” Kirby said about the General killed.

Army Maj. Gen. Harold J. Greene of Falls Church, Va., was the highest-ranking member of the U.S. military to die in the line of duty since the Sept. 11, 2001, attacks. He was the deputy commanding general for the Combined Security Transition Command-Afghanistan and was making a routine visit to a training facility when he was fatally shot.

Greene, 55, was commissioned as an engineer officer in the Army in 1980 after earning an undergraduate degree at Rensselaer Polytechnic Institute in Troy, N.Y. In addition to serving in Afghanistan, he had deployed to Iraq.