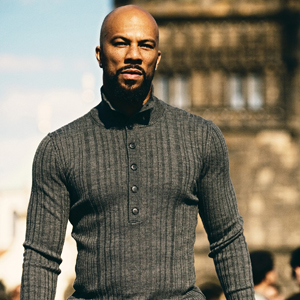 “First Lady Michelle Obama has scheduled a poetry evening for Wednesday, and  she’s invited several poets, including a successful Chicago poet and rapper,  Lonnie Rashid Lynn, Jr., AKA “Common.” However, Lynn is quite controversial, in  part because his poetry includes threats to shoot police and at least one  passage calling for the “burn[ing]” of then-President George W. Bush.

Back in 2003, First Lady Laura Bush held a poetry evening, and she invited  several poets to reprise the work of Emily Dickinson, Langston Hughes and Walt Whitman.  Although none of those poets had urged violence against a president, Bush  canceled the event after left-of-center poets protested and threatened to disrupt the event. Read what masterfully wordsmithing that proceeds forth from the pen of Common.

Common’s lyrics from “A Letter To The Law”

No looking back cos’ in back is what’s done

Tell the preacher, God got more than one son

Tell the law, my Uzi weighs a ton

from them I won’t run

I got the black strap to make the cops run

They watching me, I’m watching them

Them dick boys got a lock of c*** in them

and when we roll together

we be rocking them to sleep

Burn a Bush cos’ for peace he no push no button

Killing over oil and grease

no weapons of destruction

How can we follow a leader when this a corrupt one

Black people In the urban area one

I hold up a peace sign, but I carry a gun.

This is what our White House has been reduced to, thugs, liars and gangsters. America, if you are not yet ashamed of our President and his First Thug gangsta’ wife, you should be.