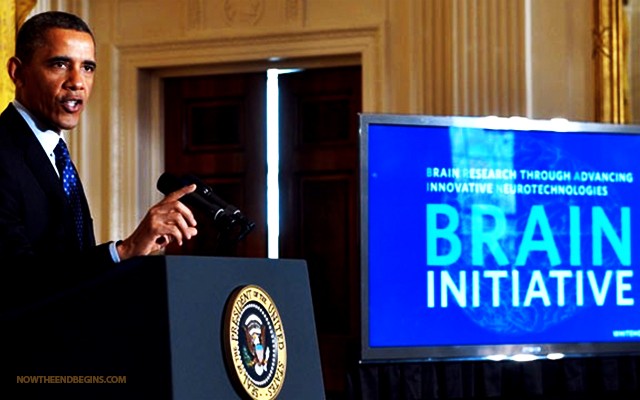 For decades, DARPA, the secretive research arm of the Department of Defense, has dreamed of turning soldiers into cyborgs. And now it’s finally happening.

The super-secret agency has funded projects that involve implanting chips into soldiers’ brains that they hope will enhance performance on the battlefield and repair traumatized brains once the fog of war has lifted. “Of the 2.5 million Americans who served in Iraq and Afghanistan, 300,000 of them came home with traumatic brain injury,” journalist Annie Jacobsen told NPR. “DARPA initiated a series of programs to help cognitive functioning, to repair some of this damage. And those programs center around putting brain chips inside the tissue of the brain.” 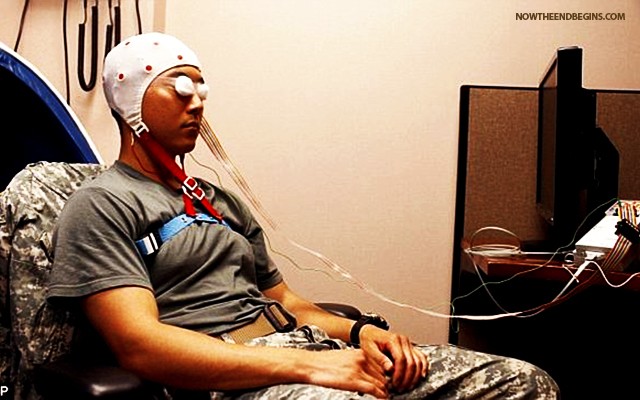 First Lieutenant Jay Park is pictured undergoing cognitive testing at the Fort Campbell Army Base in Kentucky. It’s estimated more than 280,000 soldiers have some form of brain injury. The DARPA project is a section of President Obama’s BRAIN initiative

In her new book about the history of DARPA, titled “The Pentagon’s Brain,” Jacobsen writes that soldiers have had chips surgically implanted in their brains, but that despite her multiple appeals to the Defense Department, she was not allowed to interview any of the “brain-wounded warriors.”

Creating super soldiers isn’t the only thing that DARPA is trying to do. According to Jacobsen’s new book, published by Little, Brown, government scientists hope that implanting chips in soldiers will unlock the secrets of artificial intelligence, and allow us to give machines the kind of higher-level reasoning that humans can do.

NTEB FLASHBACK: Remember when our friend Dr. Jim Garrow said this? – “I have just been informed by a former senior military leader that Obama is using a new “litmus test” in determining who will stay and who must go in his military leaders. Get ready to explode folks. “The new litmus test of leadership in the military is if they will fire on US citizens or not”. Those who will not are being removed,” Garrow wrote on his Facebook page, later following up the post by adding the man who told him is, “one of America’s foremost military heroes,” whose goal in divulging the information was to “sound the alarm.” Soldiers with computer-controlled brain chips will have no problem at all firing on American citizens. source

“When you see all of these brain mapping programs going on, many scientists wonder whether this will [be what it takes] to break that long-sought barrier of AI,” said Jacobsen in a phone interview.

For Jacobsen, digging through DARPA documents provided a glimpse at the future of war, but also raised questions about whether that future is one we really want.

“Are hunter-killer robots right around the bend?” she writes in the book. source

The U.S Defense Advanced Research Projects Agency has revealed more details about its memory stimulator. Its implants will be used to restore memories in wounded soldiers, as well as Alzheimer’s sufferers, and could involve stimulating the hippocampus, highlighted, the part of the brain involved in processing memories. The DARPA project is a section of President Barack Obama’s BRAIN initiative, created to fund research that could treat common brain disorders.

But DARPA is not in the medicine and rehabilitation business, DARPA makes weapons. Has Obama ordered the creation of brain chip-infused ‘super soldiers” under the guise of brain injury research? It sure looks that way, stay tuned…