Justice Antonin Scalia, one of the Supreme Court's most vocal and conservative justices, said on Sunday that the Second Amendment leaves room for U.S. legislatures to regulate guns, including... 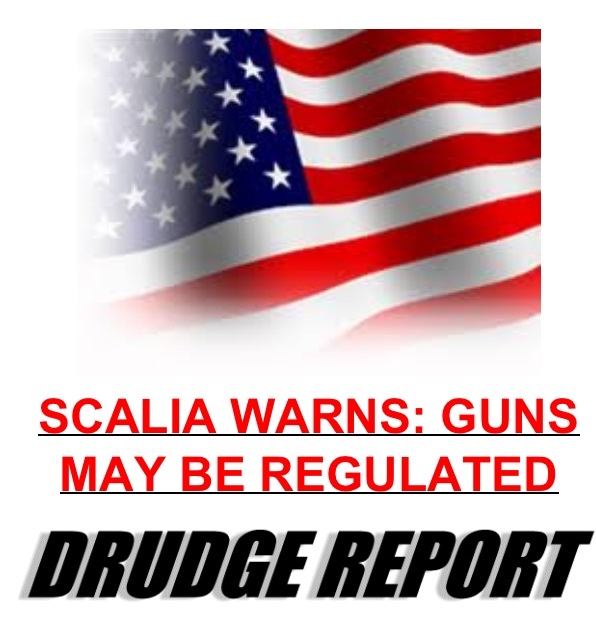 Justice Antonin Scalia, one of the Supreme Court’s most vocal and conservative justices, said on Sunday that the Second Amendment leaves room for U.S. legislatures to regulate guns, including menacing hand-held weapons. 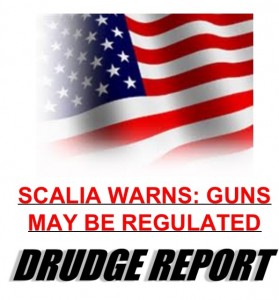 “It will have to be decided in future cases,” Scalia said on Fox News Sunday. But there were legal precedents from the days of the Founding Fathers that banned frightening weapons which a constitutional originalist like himself must recognize. There were also “locational limitations” on where weapons could be carried, the justice noted.

When asked if that kind of precedent would apply to assault weapons, or 100-round ammunition magazines like those used in the recent Colorado movie theater massacre, Scalia declined to speculate. “We’ll see,” he said. ‘”It will have to be decided.”
As an originalist scholar, Scalia looks to the text of the Constitution—which confirms the right to bear arms—but also the context of 18th-century history. “They had some limitations on the nature of arms that could be borne,” he told host Chris Wallace.

In a wide-ranging interview, Scalia also stuck by his criticism of Chief Justice John Roberts and the majority opinion in the ruling that upheld the Affordable Care Act this summer. “You don’t interpret a penalty to be a pig. It can’t be a pig,” said Scalia, of the court’s decision to call the penalty for not obtaining health insurance a tax. “There is no way to regard this penalty as a tax.”

Scalia, a septuagenarian, said he had given no thought to retiring. “My wife doesn’t want me hanging around the house,” he joked. But he did say he would try to time his retirement from the court so that a justice of similar conservative sentiments would take his place, presumably as the appointee of a Republican president. “Of course I would not like to be replaced by somebody who sets out immediately to undo” what he has spent decades trying to achieve, the justice said. source – Fox News