President Barack Obama said Monday that the U.S. wants the top-secret aircraft back. "We have asked for it back. We'll see how the Iranians respond," Obama said during a... 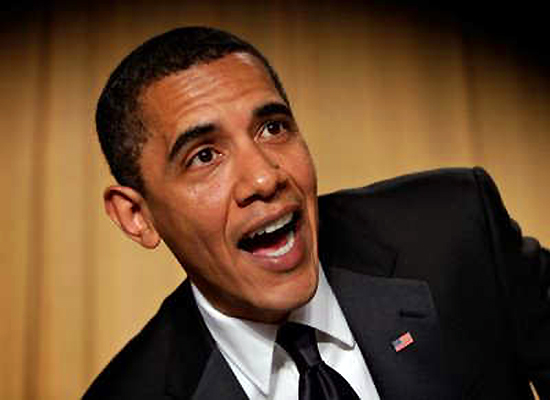 The weakest president ever?

If there was ever a time we needed some Cowboy Diplomacy, this is it.

intr.v. grov·eled also grov·elled, grov·el·ing also grov·el·ling, grov·els also grov·els
1. To behave in a servile or demeaning manner; cringe.
2. To lie or creep in a prostrate position, as in subservience or humility.
WASHINGTON (AP) – The Obama administration has delivered a formal request to Iran for the return of a U.S. surveillance drone captured by Iranian armed forces, but said it is not hopeful that Iran will comply.
**

**
President Barack Obama said Monday that the U.S. wants the top-secret aircraft back. “We have asked for it back. We’ll see how the Iranians respond,” Obama said during a White House news conference with Iraqi Prime Minister Nouri al-Maliki on Monday.

In an interview broadcast live Monday night on Venezuelan state television, Iranian President Mahmoud Ahmadinejad said nothing to suggest his country would grant the U.S. request.

“The Americans have perhaps decided to give us this spy plane,” Ahmadinejad said. “We now have control of this plane.”

Speaking through an interpreter, Ahmadinejad said: “There are people here who have been able to control this spy plane, who can surely analyze this plane’s system also. … In any case, now we have this spy plane.”

He added, “Very soon, they’re going to learn more about the abilities and possibilities of our country.”

On Tuesday, a semi-official Iranian news agency said authorities have shrugged off the U.S. request. Defense Minister Gen. Ahmad Vahidi said the United States should apologize for invading Iranian air space instead of asking for the return of the unmanned aircraft.

Obama wouldn’t comment on what the Iranians might learn from studying the downed aircraft. Defense Secretary Leon Panetta said it’s difficult to know “just frankly how much they’re going to be able to get from having obtained those parts.”

Secretary of State Hillary Rodham Clinton and Panetta said they’re not optimistic about getting the drone back because of recent Iranian behavior that Clinton said indicated “that the path that Iran seems to be going down is a dangerous one for themselves and the region.”

“We submitted a formal request for the return of our lost equipment as we would in any situation to any government around the world,” Clinton told reporters at a State Department news conference with British Foreign Secretary William Hague.

“Given Iran’s behavior to date we do not expect them to comply but we are dealing with all of these provocations and concerning actions taken by Iran in close concert with our closest allies and partners,” she said.

Panetta said the request to return the drone was appropriate. “I don’t expect that that will happen,” he said. “But I think it’s important to make that request.”

Neither Obama nor Clinton would provide details of the drone request, but diplomatic exchanges between Washington to Tehran are often handled by Switzerland, which represents U.S. interests in Iran. The State Department said Monday that the Swiss ambassador to Iran met with Iranian foreign ministry officials last week but refused to say what they discussed.

Iran TV reported earlier Monday that Iranian experts were in the final stages of recovering data from the RQ-170 Sentinel, which went down in Iran earlier this month. Tehran has cited the capture as a victory for Iran and displayed the nearly intact drone on state TV. U.S. officials say the aircraft malfunctioned and was not brought down by Iran.

Despite the incident, Clinton said the administration and its allies would continue to push Iran to engage over its nuclear program while at the same time increasing pressure on the regime with new, enhanced sanctions.

“We obviously believe strongly in a diplomatic approach. We want to see the Iranians engage and, as you know, we have attempted to bring about that engagement over the course of the last three-plus years. It has not proven effective, but we are not giving up on it,” she said.

“We’re not giving up on engagement with Iran, but on a number of occasions Iran has behaved in a way in recent weeks and months which has intensified confrontation with the rest of the world,” he said. “We have seen an increasing predilection for dangerous and illegal adventures on the part of at least parts of the Iranian regime.”

Clinton and Hague referred to the storming of British diplomatic compounds in Tehran, allegations that Iran tried to arrange the assassination of the Saudi ambassador to the United States, Iran’s ongoing support for militant groups and its continued defiance of demands to prove its nuclear program is peaceful. source – My Way News