The Obama administration has issued more than 7.4 million work permits to foreign nationals from 2009 – 2014, beyond the approximately one million lawful permanent residents and 700,000 foreign... 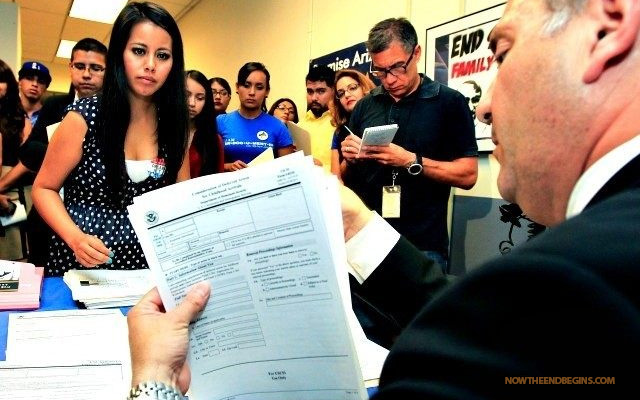 The Obama administration has issued more than 7.4 million work permits to foreign nationals from 2009 – 2014, beyond the approximately one million lawful permanent residents and 700,000 foreign guest workers admitted to the U.S. each year.

In written responses to the Senate Judiciary Immigration and the National Interest Subcommittee Republicans obtained by Breitbart News, U.S. Citizenship and Immigration Services reveal that the Obama administration has been approving work authorizations for immigrants beyond admission limits and for some categories of immigrants that Congress never intended to work in the U.S.

The data comes on the heels of a Center for Immigration Studies report, authored by expert Jessica Vaughan, which also revealed 7.4 million excess work permits issued in what she described as a “parallel immigrant work authorization system outside the numerical limits and categories set by Congress.”

Vaughan’s data obtained, via a Freedom of Information Act request, yielded different categories of immigrants. USCIS explained in its response that the new data is an update to the data provided in the FIOA.

Of the updated data, Vaughan explained to Breitbart News that the numbers show the Obama administration has been “abusing what should be considered very limited authority to issue work permits.”

When Vaughan’s report broke earlier this year, the chairman of the immigration subcommittee, Sen. Jeff Sessions (R-AL), called for an investigation.

“This massive increase in the labor supply has occurred simultaneously with a steep drop in family incomes and a sharp rise in the number of Americans pushed out of the workforce. All jobs gains since the recession have gone to foreign workers, while the slack labor market has depressed median family incomes almost $5,000 in that time,” he said at the time. source