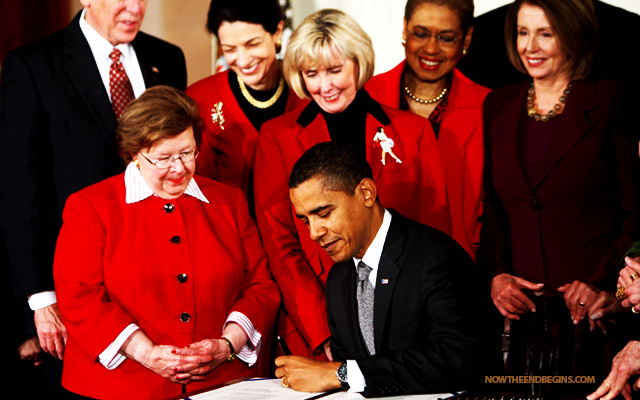 Secretary of State John Kerry said the administration will continue to try and push support for the deal past the 34 votes they now have “until the last moment.”

“They have said, Come, and let us cut them off from being a nation; that the name of Israel may be no more in remembrance.” Psalm 83 (KJV)

Make no mistake about it, US President Barack Hussein Obama has formally declared war on Israel, and he intends to use the rogue nation state of Iran to carry it out. CNN is right now reporting an Obama victory as Democratic Sen. Barbara Mikulski of Maryland announced support for the Iran nuclear deal Wednesday, providing the White House the votes it needs to prevent Republicans from scuttling the agreement.

The full list of Democrat Senators who support Obama’s war on Israel by creating a nuclear-armed Iran (Total: 34)

The announcement means that at least 34 senators — the number required by the Constitution to sustain a veto — will back Obama’s expected veto of a Republican resolution to disapprove of the deal. Mikulski is retiring at the end of her term.

While majorities of both the GOP-controlled House and Senate are poised to vote against the agreement, supporters of the multinational accord that aims to curb Iran’s nuclear weapons program are also hoping to get the 41 votes needed to filibuster the bill and prevent it from even getting to a final vote in the Senate.

Secretary of State John Kerry said the administration will continue to try and push support for the deal past the 34 votes they now have “until the last moment.”

“Thirty-four votes are obviously enough votes for the president’s veto to be upheld,” Kerry told CNN’s Christiane Amanpour. “That is not satisfactory for us. We do want to try to go further. We’ll continue to persuade.” source