Obama Faces Defeat In House And Around The World

Stopping Obama on Syria is a must If the House voted today on a resolution to attack Syria, President Barack Obama would lose — and lose big. That’s the... 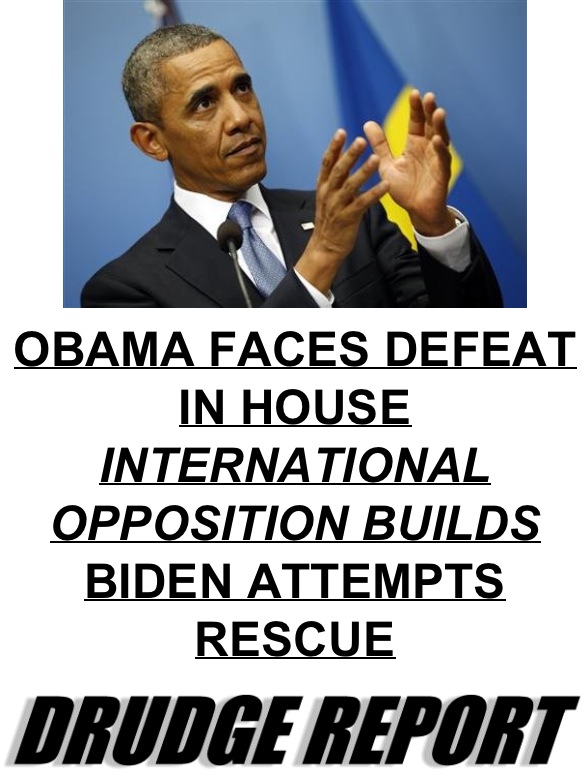 Stopping Obama on Syria is a must

If the House voted today on a resolution to attack Syria, President Barack Obama would lose — and lose big.

That’s the private assessment of House Republican and Democratic lawmakers and aides who are closely involved in the process.

High-level congressional sources believe there is some time — but not much — for Obama, Boehner and Pelosi to turn things around. But any vote to authorize an attack on Syria will be extraordinarily close, according to people in both parties with direct knowledge of the political dynamics in the House Republican Conference and Democratic Caucus.

Boehner and Cantor back the president’s plan for “limited, proportional” strikes in Syria. Majority Whip Kevin McCarthy (R-Calif.) is not convinced it’s the right decision. McCarthy’s calculus seems to be more in line with many House Republicans — he has spoken to many of his allies in the last week, and the support for a U.S. strike on Syria is incredibly low, sources familiar with those discussions says say.

House leaders plan to takes up the Syria resolution only if it passes the Senate first. source- Politico