The scathing stickers come on the eve of President Obama's Thursday trip to LA for a fundraiser at the home of Gwyneth Paltrow and on the same day that... 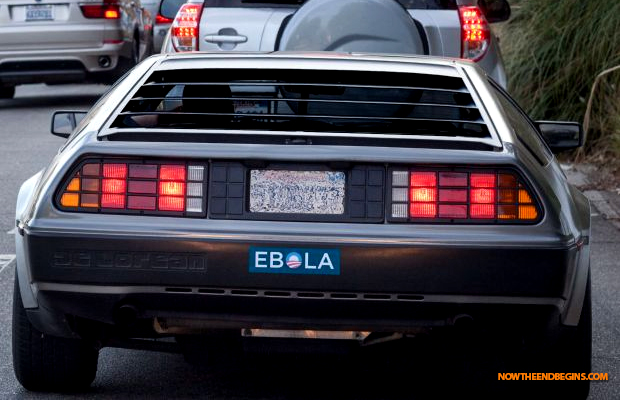 Will Obama’s claim that the Ebola virus is not airborne come back to haunt him?

President Joe Biden held up traffic around Los Angeles for a second day on Tuesday, but it was President Obama himself on the minds of many Southern California drivers as bumper stickers began appearing on area cars featuring the word Ebola with the Obama logo replacing the letter “o.”

The general public does not seem to have any confidence at all in Mr. Obama’s ability to handle the current Ebola crisis.

The scathing stickers come on the eve of President Obama’s Thursday trip to LA for a fundraiser at the home of Gwyneth Paltrow and on the same day that the LATimes reports that it may be premature for Mr. Obama’s government to declare that the deadly Ebola virus is not transmitted by air.

Dr. C.J. Peters, who battled a 1989 outbreak of the virus among research monkeys housed in Virginia and who later led the CDC’s most far-reaching study of Ebola’s transmissibility in humans, said he would not rule out the possibility that it spreads through the air in tight quarters.

“We just don’t have the data to exclude it,” said Peters, who continues to research viral diseases at the University of Texas in Galveston.

Whatever the case, at least some Southland drivers seem convinced that the President’s policy on stopping the virus to-date have not inspired confidence.