President Obama will apparently test just how far Pope Francis’ notorious tolerance will go by inviting a rogue’s gallery of people opposed to Catholic teaching to greet the pontiff at... 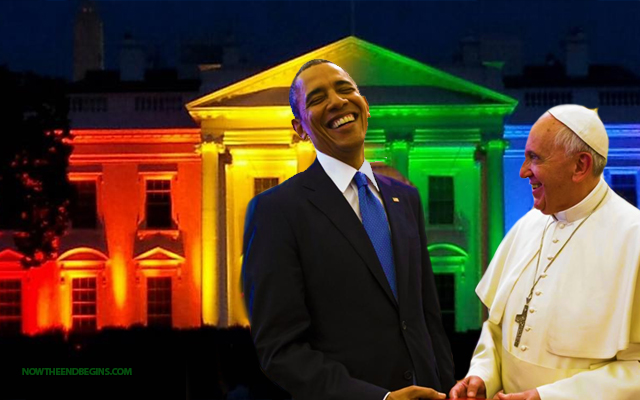 President Obama will apparently test just how far Pope Francis’ notorious tolerance will go by inviting a rogue’s gallery of people opposed to Catholic teaching to greet the pontiff at the White House during his visit next week.

EDITOR’S NOTE: I have a feeling that things are about to get real weird, real fast. As Pope Francis prepares to meet with Obama at the White House in an historic first-ever visit, Obama is stacking the deck with a potpourri of LGBT standouts to meet with the Vatican CEO. The question that remains to be answered is whether Obama is doing this to show his obvious disdain for the Bible’s teachings on homosexuality, or more likely, to aid Pope Francis with his efforts to bring the LGBT into the Catholic Church. Yeah, that’s it.

In a stunning show of political indecorum, Obama has invited a series of individuals who publicly flout Catholic teaching, including a pro-abortion religious sister, a transgender woman and the first openly gay Episcopal bishop, along with at least two Catholic gay activists.

Birds of a Feather: Two NWO con men, spoon-feeding the LGBT Agenda to a sound-asleep world.

The White House was illuminated in gay pride colors on June 26, 2015, after the Supreme Court legalized gay same-sex marriage.

One of the invitees, retired Episcopal bishop Gene Robinson, made history by becoming the first openly gay episcopal bishop in 2003 and subsequently the first to divorce his gay partner in 2014, after having previously separated from his wife of 14 years. He has attended a number of religious events with the Obama administration, offering a prayer at President Obama’s inauguration in 2009 and taking part in the 2014 National Prayer Breakfast.

Mateo Williamson, a cross-dressing woman and former co-chairman of the Transgender Caucus for Dignity USA, has also received an invitation to the White House for Pope Francis’ visit. Williamson says that though she now thinks of herself as a man, she continues to be attracted to males. “Today I identify as a gay man and before that was difficult to understand because I thought that in order to be transgender, in order to be a transgender male that I had to be attracted to females but I never have throughout my entire life.”

Though Pope Francis has said that he doesn’t believe in judging persons and is ready to welcome anyone in Christ’s name, he has also said that Catholics do not accept the modern mentality of transgenderism and once said that gay marriage is the devil’s “attempt to destroy God’s plan.” 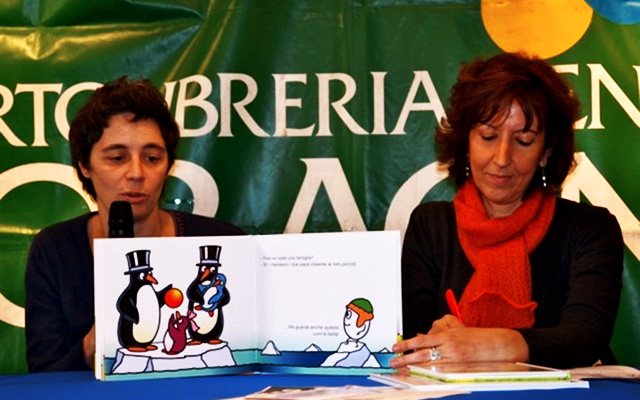 Earlier this month, the Vatican officially prohibited transgender persons from being baptismal godparents posing as the opposite sex from which they were born.

In its response, the Vatican Doctrinal Congregation said that “transsexual behavior publicly reveals an attitude contrary to the moral imperative of resolving the problem of one’s sexual identity according to the truth of one’s sexuality.”

Another White House invitee for the Pope’s visit, Sister Simone Campbell, is the pro-abortion executive director of the social justice lobby NETWORK. Campbell fought against the U.S. bishops when Obama’s Affordable Care Act was originally being debated, in an attempt to undermine their abortion and conscience concerns.

Sister Campbell will attend two events: the White House reception and Pope Francis’ address to Congress on Wednesday. Campbell famously helped organize the “Nuns on the Bus” a tour by Catholic religious women to protest the budget of then-Senator

“If someone is gay and he searches for the Lord and has good will, who am I to judge?” Francis told reporters, speaking in Italian but using the English word “gay.” –Pope Francis

An intermediary for several of the invitations to greet the Pope was Vivian Taylor, a 30-year-old male transvestite who acted as Executive Director of Integrity USA, a homosexual and transgender activist wing of the Episcopal Church, until last March.

“A few months ago I received an invitation from the White House to attend the reception for Pope Francis,” Taylor told CNS News. “I was told I could bring several friends with me,” adding that he is “glad we can bring some LGBT representation to the event.” source