Obama Blows Off World Events To Attend $25,000 A Plate Fundraisers

President Barack Obama will embark on another fundraising trip today - his second since the downing of Malaysia Airlines Flight 17 - leading a top Democrat to join the... 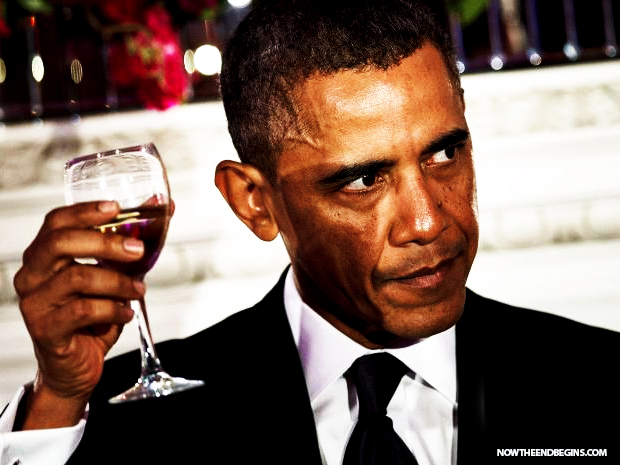 Obama is the president who wasn’t there

“America will never be destroyed from the outside. If we falter and lose our freedoms, it will be because we destroyed ourselves.” Abraham Lincoln

Jimmy Carter was a weak president, but at least he showed up and put in a full day’s work. Barack Obama, on the other hand, has functionally abandoned the job he was elected to do leaving an enormous vacancy of leadership at the White House. The president who wasn’t there has willingly made America leaderless, and no one in Washington – Republican or Democrat – has the guts to hold him accountable for his treasonable actions and activities.

America is dying a slow death at a traitor’s hand, who will save her?

President Barack Obama will embark on another fundraising trip today – his second since the downing of Malaysia Airlines Flight 17 – leading a top Democrat to join the chorus of lawmakers voicing concerns that the Commander in Chief’s priorities are misplaced.

This afternoon President Obama will depart for Seattle, Washington, where he will stop by two events benefiting Democrats, then rush off to California for two more days of fundraising.

Asked about Obama’s three-day fundraising swing down the West Coast this week, California Sen. Dianne Feinstein said yesterday that the president ought to put more energy into working with the international community to tackle the conflicts in Syria and Iraq, the Ukraine and Gaza.

After learning of the Malaysia Airlines crash last week, the president grabbed a burger and gave two speeches to donors in New York.

The White House said the president talked to the relevant world leaders on the phone during his trip to New York on Air Force One and spoke with Secretary of State John Kerry and his national security team on the ground before continuing on to the fundraisers.

This afternoon President Obama will depart for Seattle, Washington, where he will stop by two events benefiting Democrats, then rush off to California for two more days of fundraising. The first fundraiser is being hosted by real estate mogul and former Obama campaign bundler Bruce Blume and his wife Ann.

The Democratic National Committee event will be held at their 10,000 square foot mansion in Seattle’s Madrona neighborhood in the Puget Sound area. Roughly 250 guests will attend the event, with tickets costing $500 – $10,000 a person.

The second Seattle event will take place at former Costco CEO Jim Sinegal’s home at Hunt’s Point and is co-hosted by Tom and Sonya Campion. Tom Campion is the founder of Zumiez, a clothing store for skaters. Sinegal spoke in favor of Obama’s economic policies at the 2012 Democratic National Convention.

The $25,0000 a head fundraiser is being held on behalf of Senate Majority PAC, a political action committee working to help Democrats keep control of the Senate.

Obama will only be in Washington long enough to disrupt rush hour traffic before he flies off to San Francisco, where he plans to attend a Democratic Congressional Campaign Committee event on Wednesday hosted by real estate developer George Marcus.